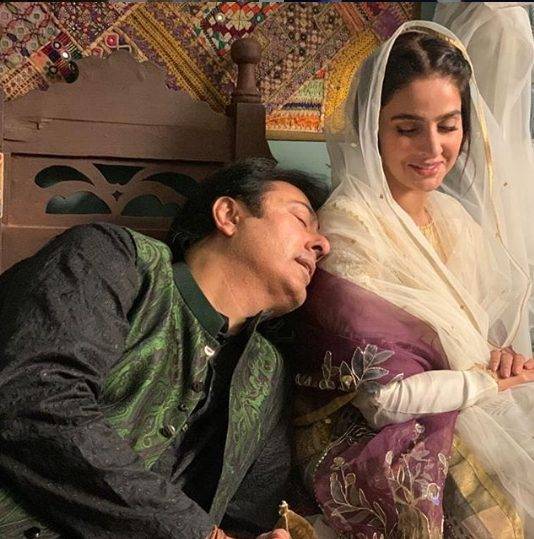 After famous dramas on television, there is a new trend comes up of web series. Hardly an year ago, web-series in Pakistan looked like a far away thing to get hype in future. But now not only Pakistani entertainment industry has quickly swooped into the ever-growing field of web-series. After Shameless Proposals and Enaaya, many Pakistani web series are in the line and the latest one to join the queue is Saji Gul’s “ Mr & Mrs. Shamim  ” that will launch on Zee5.

And the great news is, famous and legendary actors like Noman Ejaz and Saba Qamar are the antagonists. And the shooting is in process.

Mr and Mrs Shamim, which is helm by Kashif Nisar and written by the “O Rangreza” writer Saji Gul In an interview with Entertainment Pakistan the director said, “People have left Tv because they are tired of the same stories and the monotony and a lot of people will move to the web”.

In an interview with Pakistani Cinema, producer Saji Gul revealed that this web series will discuss a serious issue of AIDS and our society is dealing with it.

The powerful lead duo seems surely very compelling and exciting. Kashif Nisar is all set to glare us with his web series after his praiseworthy work in several dramas. He has done incredible work under his name including plays like Pinjra, O’ Rangreza and the highly acclaimed Ranjha Ranjha Kardi that is presently on-air.