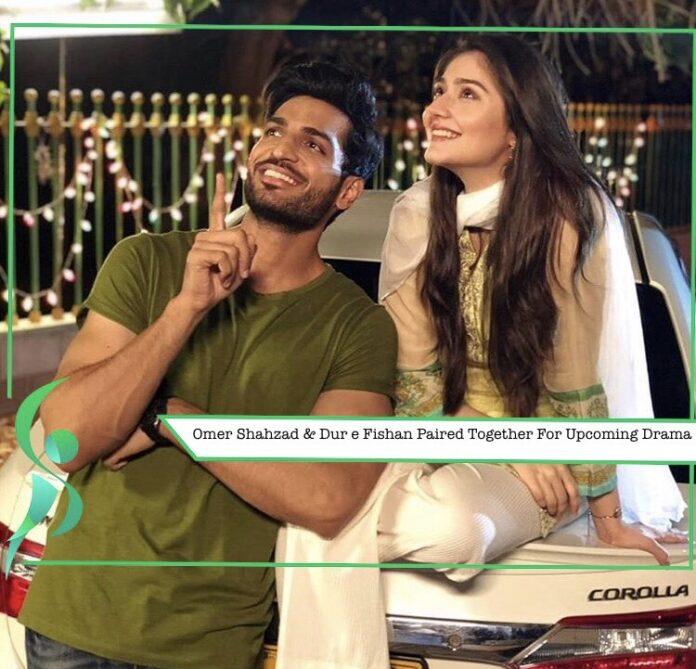 Omer Shahzad is well known and quite famous for his looks and his dashing personality. He started his career as a model in Bridal Week and from that he captivated most of the eyes. Not just a model Omer Shahzad has also fascinated us from his roles in the drama serials Gul-o-Gulzar and Noor Jahan. Omar Shahzad has proven himself as a versatile actor not from his popular drama serials but by playing role in silver screens as well.

And now after a little gap an actor and a model is all set to be back with a bang and we all are as excited as it sounds. After his phenomenal acting in Gul-o-Gulzar, we are quite sure that this drama serial will also leave us awestruck from his talented skills. This time Omer Shahzad will be seen opposite to Dur e Fishan which herself is very talented and gorgeous.

The news of his upcoming drama was announced by non other than himself. He posted a sun-kissed picture on Instagram with the actress of their upcoming drama serial.

Dur e Fishan has made her debut in the industry from her dram serial Dil Ruba and her performance was undoubtedly AH-MAZING. Can’t wait to see them on screens after a long time. Ye nothing more has been revealed about the drama but it really seems like one of the exciting ones. The drama will be aired on ARY digital.

Are you guys excited to see them together in the upcoming drama? Also, keep up with us for more upcoming exciting latest news.