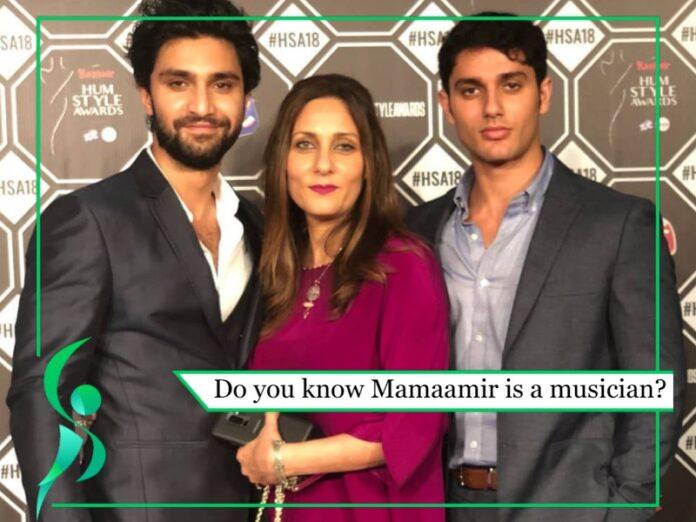 Samra Raza Mir who is popularly known as Mama Mir has recently revealed one of her talents. Everyone has let their inner artist roam freely during the lockdown and we are discovering new truths. It appears that Asif Raza Mir, his son Ahad Raza Mir and daughter-in-law Sajal Aly aren’t the only talented individuals in their family.

We have found out that she was part of the first Pakistani girl band and is planning on releasing new music soon. Samra Raza Mir made the announcement via her Instagram account.

“Not sure if many of you know, I formed the first female music group in Pakistan. I have found time during these times to work on what I love and would love to hear your feedback on a song I will be releasing in the following days,” she wrote.

She actually worked alongside singer Huma Khawaja and Adila in the band ‘Symphony’ that emerged in 1993.

We’re excited to find out if the music she will be releasing is in collaboration with her old bandmates or will she be trying her hand at solo music this time. Either way, we’re excited to see more talent from the Mir family!