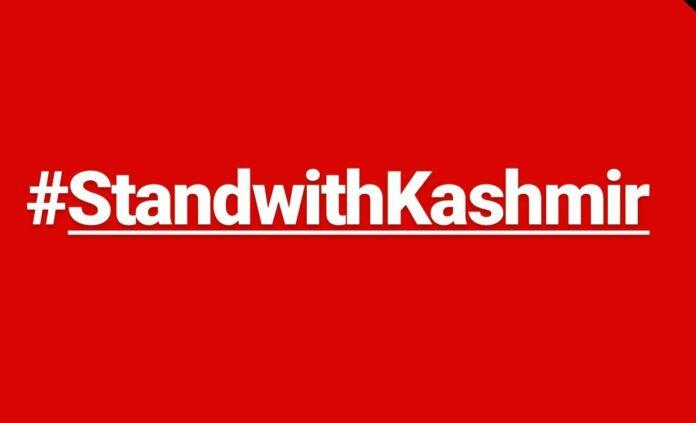 India invalidated the Article 370 in occupied KASHMIR; the special status of the state of Jammu and Kashmir in terms of autonomy and its ability to formulate laws, sending ten of thousands of troops in Kashmir imposing curfew for indefinite limit with total communication black out.

Tensions are high in Kashmir, civilians are being shot, blinded, sexually assaulted, and illegally detained by the orders of Indian government. This inhumane situation in IoK (Indian-occupied Kashmir) invokes not just the mere but also celebrities to raise one’s voice for human right violation.

First, Hamza ali Abbasi calls out everyone to speak out for the people of Kashmir and many others come forwarded too with hashtag #Kashmirbleeds.

Ali Rehman, humayun saeed, Mahira khan, Feroze Khan, Mawra hocane, Mehwish Hayat, Veena Malik and more speak againt the contentious order by Indian govt. and praying for the well-being of people and even called out UN to solve the issue.

Not just Pakistanis but the whole world seems so devastated over the brutal act of India and are condemning the act by protesting or by putting red display picture to show solace. Pakistanis even observed ‘Black day’ against India’s decision. But still people likeOscar winner, Sharmeen Obaid Chinoy and Malala Yousafzai (“Noble prize winner for peace”) HAVEN’T YET SPOKEN ABOUT THE GENOCIDE BY INDIA.