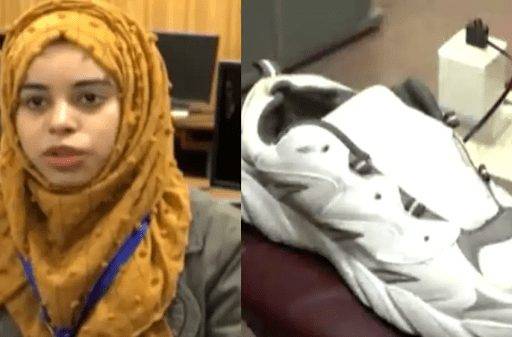 As Pakistan is suffering from a socioeconomic factor but still not lacking any talent. A girl from Government college university Faisalabad, Shanza Munir makes history by inventing a smart shoe that can help visually challenged individuals.

In an interview given to a local tv channel Shanza says that there were many project ideas offered to her but she opted this smart shoe idea as she wanted to help those individuals who are part of the blind community.

Further, the provides details regarding her smart shoe that it carries an On/Of button which when activated gives a warm welcome to one wearing it. Once you wear this smart shoe any obstacle within 200 cm radius is automatically generates a message that vibrates the shoe which can help the wearer to avoid any damage

We believe that if we as a community invest in such creative ideas and innovations we can soon or later get over all our socio-economic crises. As it’s a famous saying

“Alone I can go fast but together we can go far”