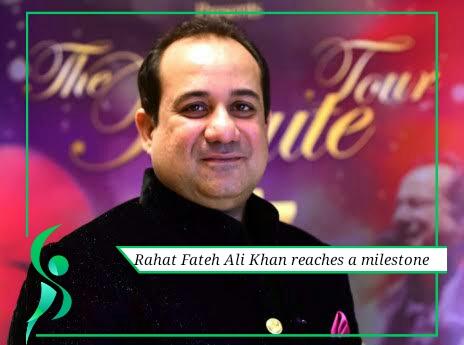 Rahat Fateh Ali Khan is one of the most prominent and recognized personalities of Pakistan. Hailing from Faisalabad and a nephew of the legendary artist
Nusrat Fateh Ali Khan, Rahat has come a long way and has made himself an international star.

Known for his vocals and style, Rahat Fateh Ali Khan started as a supporting vocalist in his uncle’s band and has been training since the age of seven. He has lent his soulful voice to many films, dramas, and solo albums which have made him a sensation in this region of the world.

Rahat celebrated this occasion by acknowledging his fans and followers on social media as he stated, “I want to celebrate this moment with you all. Thank you, everyone, for all the love and support”.

Due to his contributions to the promotion of arts in the region
Rahat was also honored with an honorary shield from Oxford University.