Home Celebrities Ramsha Khan compared to Anushka Sharma, what are her thoughts? 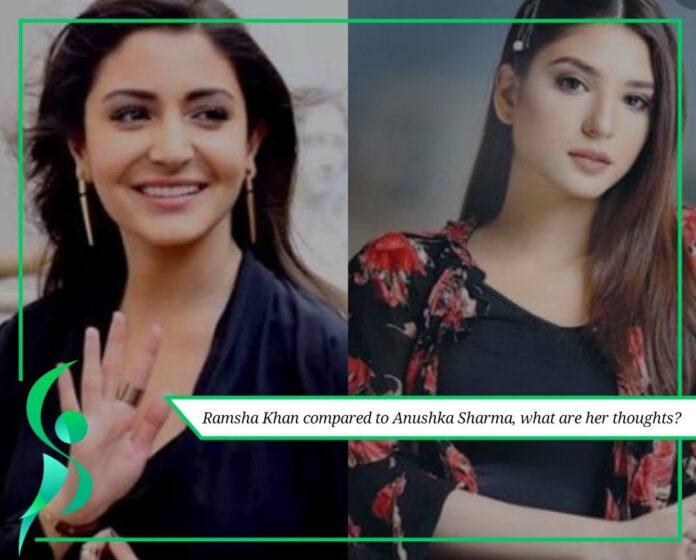 Ramsha Khan, a beautiful young talent that started her career with “Thora Jee Lay” has been seen in several projects in Lollywood. She has amazing acting skill and does every role with brilliance. But since she started her career she has been compared to Anushka Sharma a lot. Everyone considers them as each other’s doppleganger and never forgets to remind us so. But Ramsha on one hand doesn’t like being compared. Wanna know why? Keep reading.

In an interview with Ahsan Khan on Bol Nights, she was asked how she feels being compared to the indian actress and Ramsha replied that “I would like to be known as my own person” which shows she wants to be recongnized by her own talent and not as a duplicate of someone.

Watch the interview below.

Ramsha was not wrong and we also think people should be known for what they do themselves and not for being a copy of someone.

What do you guys think? Let us know.