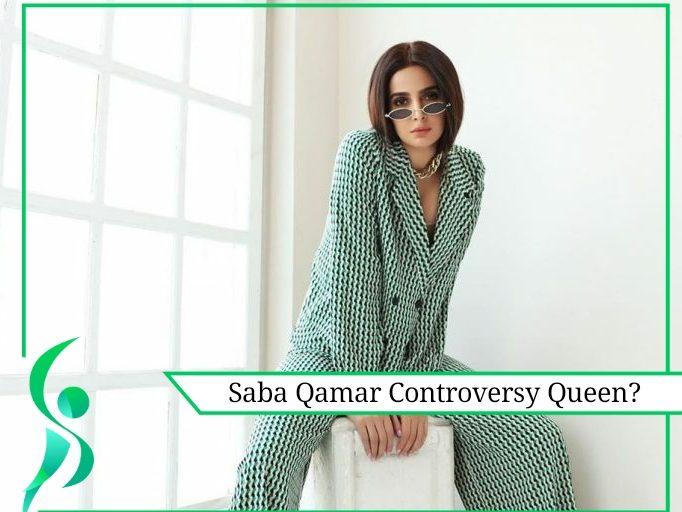 Saba Qamar is one of the most versatile actresses of Pakistani showbiz, she always been in limelight for her out of the box and challenging roles she has done so far! She is known to be one of the boldest and independent women in our industry, breaking the stereotypes of our society Saba proved that women don’t need a man to be successful in life. Controversies or criticism comes easily to you if try to go against norms set by society same happened with Saba Qamar too, she recently launched her YouTube channel and people praised her for the content.

Saba Qamar sure has balls to address the most touchy topics of Pakistani society, she has launched her YouTube channel and already have gain fame and have become the talk of the town as she always comes up with fresh content. She recently hit 100k subscribers on YouTube and thanked her fans all over the world.

Saba has always said yes to challenging roles and TVC’s, she is always been up to TVCs with a strong and bold message for our society.

She is a strong, fierce, fearless, confident, and unapologetic beautiful woman. The actress has done many versatile roles in her career whether its Mannat in drama Cheekh or Kanwal Balooch in Baghi this girl sure got guts.

Most Trending Controversies Of Saba Qamar!

Saba Qamar latest controversy was a song titled “Qubool” which created a lot of buzz even before the song release. The actress was assumed to be hitched to music artist Bilal Saeed. But later Saba clears the air when she shared the teaser of the song.

The actress finds herself in deep trouble when people saw shots of shooting and dancing at Wazir Khan Mosque and criticized her on social media for using the religious place for music. Saba Qamar took her Instagram account and answer people’s concerns.

Her stand on the criticism was very clear and strong. Saba apologizes to fans and the public for hurting their feelings and values. She confidently handles the criticism and put her point of view in a well-structured manner.

Saba Qamar surely knows how to handle and shut down trolls and criticism. We wish her all the best for future endeavors.

Stay in touch with us for all the latest happenings in Pakistani showbiz.