Home Celebrities Aiman Khan and her trip to stardom 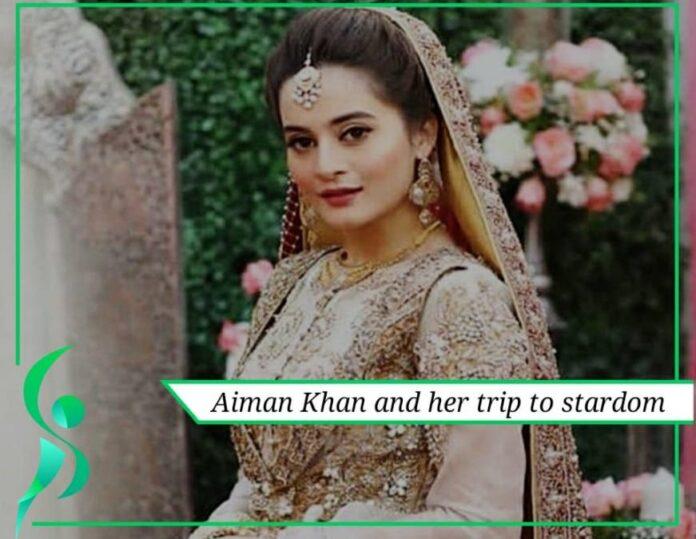 Aiman Khan now known as Aiman Muneeb was chubby little girl when she started appearing in TV commercials just for fun. She did multiple small projects until she was ready to play more mature roles in Pakistani dramas and appeared in Muhabbat Jaye Bharr Mein in 2012. Since then both she and her sister Minal Khan have come a very long way in their showbiz careers.

Aiman Khan and her startup!

Aiman has been a very versatile actress during her career and played each and every role she was assigned with complete brilliance and poise. Her most famous projects have been “Ghar Titli Ka Par”, “Bedaardi” and “Bandi” and she has also appeared in several other TV Dramas that boosted her career path even more.

Apart from all the drama life, Aiman has also appeared in several model shoots and stunned the people with her looks even in pictures. It has almost been 8 years since Aiman appeared on TV and she has almost always awed us with her performances. Her trip to stardom has always caught everyone’s eye and it’s almost rare that she is hated for any role that she carries out.

In 2018 Aiman Khan officialy tied the knot with her celebrity partner Muneeb Butt and both of them have a beautiful daughter together.

Since her marriage to Muneeb, Aiman is seldom seen on TV but just recently she became the first most followed lollywood celebrity on Instagram with over 7.1 Million people following her officially.

That was it for our article today, let us know which Pakistani celeb is your favouraite in the comments.