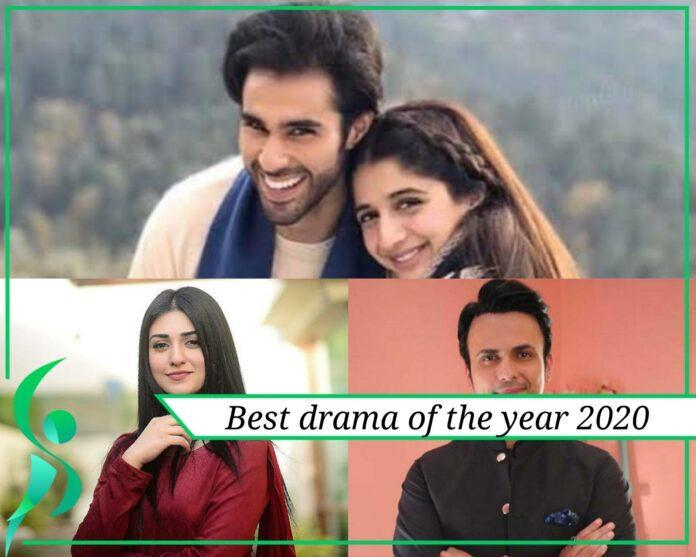 For over thirteen weeks, Sabaat was one of the most sought drama serial. Featuring an ensemble of Mawra Hocane, Sarah Khan, Usman Mukhtar and Ameer Gilani the show has appealed to a wider audience since its inception and has ended on a positive note while receiving praise for its script and cast performances.

For over thirteen weeks, Sabaat was one of the most sought drama. Featuring an ensemble of Mawra Hocane, Sarah Khan, Usman Mukhtar, Ameer Gilani , the show has appealed to a wider audience since its inception and has ended on a positive note while receiving praise for its script and cast performances.
Based on young and ambitious characters, the story revolved around the marriage of Hassan and Anaya who face stiff opposition from Hassan’s sister Miraal.

As the drama depicts, Miraal belongs to a well-off family and is a dominating woman who seeks to control Hassan’s life and in the process opposes Hassan’s wife Anaya. The drama features reproach between the cast as Miraal acts as the antagonist and make matters difficult for Anaya.
Anaya who belongs to a middle-class family is a smart and ambitious woman, stands firm against Miraal’s ventures as Hassan and Anaya move out of the family home along with relinquishing their positions in Hassan’s father’s company which Miraal oversees.

The intricacies of Hassan’s marriage to Anaya are explored as they are supportive of each other initially but fell victim to Miraal’s machinations and separate. Miraal’s own life is in misery as she has a strained marriage with Dr. Harris, who seeks stability in the marriage and makes efforts for it but due to Miraal’s attitude, he is not a success either.

The Finale of Sabaat

The finale depicted the peak of the crisis as Hassan and Anaya were bent on divorce while Miraal was also seeking separation from Harris. Despite Harris’s pleadings, Miraal pays no heed. The situation changes when Miraal has an accident and is left paralyzed and finds a supportive Harris by her side.

Moreover, Hassan finds out the truth about the rumors concerning Anaya and is vicious on his best friend.
The climax has a happy ending with reconciliation among the cast members and with Miraal recognizing her mistakes and apologizing for them.

As with other hit dramas, this one has a happy ending and shares a special message with the viewers that hardships are a part of life.

In my opinion, the drama was one of a kind and deserves the kudos it has received.