Home Movies Shoaib Akhtar’s biopic, what we know so far 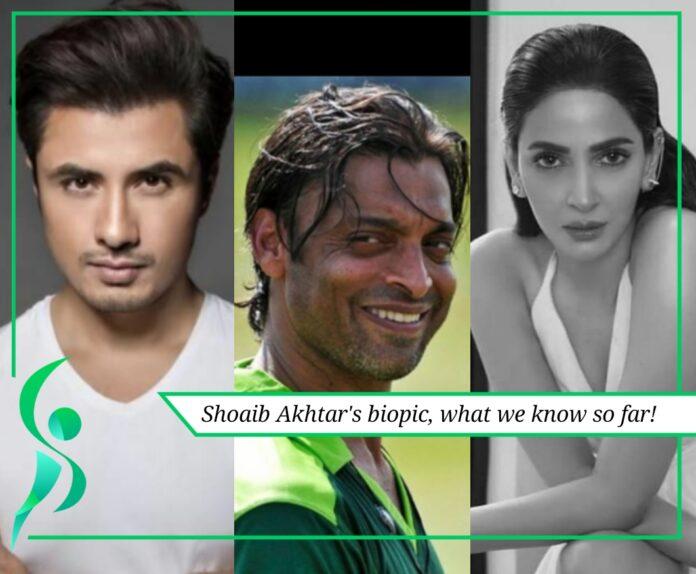 The recent lollywood movie news we have gotten is that Shoaib Akhtar‘s biopic is in the making. The movie will be a story of how Akhtar lead his life and how he became a world famous cricketer for the Pakistani cricket team. A lot of information about the movie has not been released yet but keep reading to learn what we do know about the movie.

Although the lead for the movie is being kept a secret, what we do know is Ms. Saba Qamar will be a part of the upcoming movie. 60% of the movie is being shot in Pakistan while the rest will be shot in foreign countries. Alongside Saba Qamar, Ali Zafar will also be seen playing a role in Shoaib Akhtar’s biopic!

Shoaib Akhtar’s biopic will be directed by Faraaz Qaiser and singer Wali Hamid Ali Khan will also be seen on screen along with other big personalities!

We are pretty excited to see what Faraaz Qaiser brings us. What do you guys think about this upcoming release? Let us know in the comments.