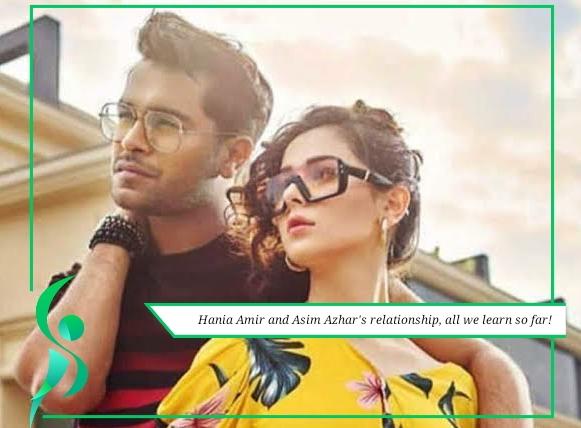 The former couple, Hania Amir and Asim Azhar was talk of the town and seemed like people are still not over it. Netizens were invested in their love affair then, and netizens are invested now, but why?

Unarguably, there was something that was about Hania Amir and Asim Azhar that attracted every gaze. The two were often spotted together and seemed to be the biggest cheerleader of one another. The young couple was charm, attractive and successful artist duo, and were never shy concerning their emotions. Asim threw her extravagant birthday parties, and Hania held his hand at singer’s every achievement. It seemed like a fairy tale until it ended.

The break up of Hania Amir and Asim Azhar came like a shock to everyone, and the mercilessly trolling was taken all over the internet. The breakup story took over the internet, memes were made, and jokes were cracked. Additionally, it was pushed up to an extent where people were up for a protest in front of Hania’s house, in support of Asim.

Hania Amir and Asim Azhar should be given enough credit since they laughed it about and hilariously answered them. Eventually, the singer had to issue a statement, where he mentioned the star with respect and admiration that went beyond their relationship label.

But then again, at the end of the day, it wasn’t enough. Every interaction after their breakup fueled the fans, and they continue to poke their noses in their private lives.

Why is that so? Don’t we have enough issues to talk about?

Quite a few days before, Thora Sa Haq Mashal Khan went ahead to talk about her break up with Ali Ansari, and she explained it well. In a conversation with MangoBaaz, she explained about how fans have every right to know what went wrong behind it since they were too invested in it.

But, what we forget repeatedly is that celebrities too have a personal life, and sometimes they don’ want to talk about it. They are humans like us and doesn’t own anyone an explanation. A love affair is a deep matter, and no one appreciates if we try to spy too much on them.

However, an argument can be placed that why celebrities make their life public in the first place? If the couple doesn’t want anyone to sneak in their personal life, they can hide it beautifully, just in case with Sana Javed and Umair Jaiswal, who recently got Nikahfied. The two were seeing each other from quite a few time, but also tighten their lips about it.

From all the discussion above, it can be stated that if celebrities are trolled for this fiasco, they are to be blamed. But, then again, if someone is spilling out details from his/her personal life, they shouldn’t be taken for granted. Additionally, you ought to respect a celebrity personal space.

Well, above all the things, we wish Hania Amir and Asim Azhar a best of luck for their upcoming projects. But, it would be best if you offered your thoughts in the comments below.