Home Celebrities Sajal Aly singing career- all we know about! 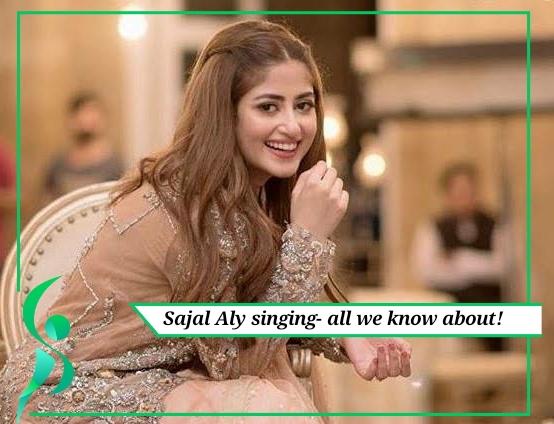 Sajal Aly made her singing debut back in the day, and it wasn’t OST of her drama ‘Rangreza’.

Undoubtedly, Sajal Aly is Pakistan’s leading actress in the entertainment industry. She is the best at whatever she does, singing, acting, or anything. She is full of talent and acquires immense potential. Additionally, she never shies from trying out new things.

Currently, the actress video of singing went viral, and it goes back to the year 2016. It was the first time she sang on a live morning show. The show was hosted by Ahsan Khan, streamed on A-plus, where she appeared for her drama promotion. On the insistence of Khan, Sajal Aly sang few lines of a popular song titled ‘Kabhi Kabhi Mere Dil Mai Khayal Ata Hai.’

Back in the day, she wasn’t quite popular; therefore, people have forgotten her singing stunt. But don’t worry since we’ve got it covered for you. The video is shared below:

After that, Aly was also seen singing along with her friends, which was also liked by her fans. Additionally, Sajal Aly also sang OST of her popular drama ‘Rangreza’ alongside Sahir Ali Bagga. It wasn’t used in the drama but was acquired as a promotional medium. As soon as the song was released, Aly’s heartful singing broke the internet and was loved across the country.

The audience and critics went gaga over the song, which pushed Sajal Aly to sing again in the HUM TV awards show. Everyone liked her attempt, and her fans are still not over it. Unfortunately, after that, we haven’t heard from her, although we still secretly wish to.

This is the big question, and fans are eager to hear from Sajal Aly. But, unfortunately, it looks like we have to wait for it. The actress is currently gearing up for her acting projects and has no plan of taking it up, even for promotions.

The choice entirely depends on the actress, but we wish Sajal Aly the best of luck for her future projects and can’t wait to see her on the TV screen.