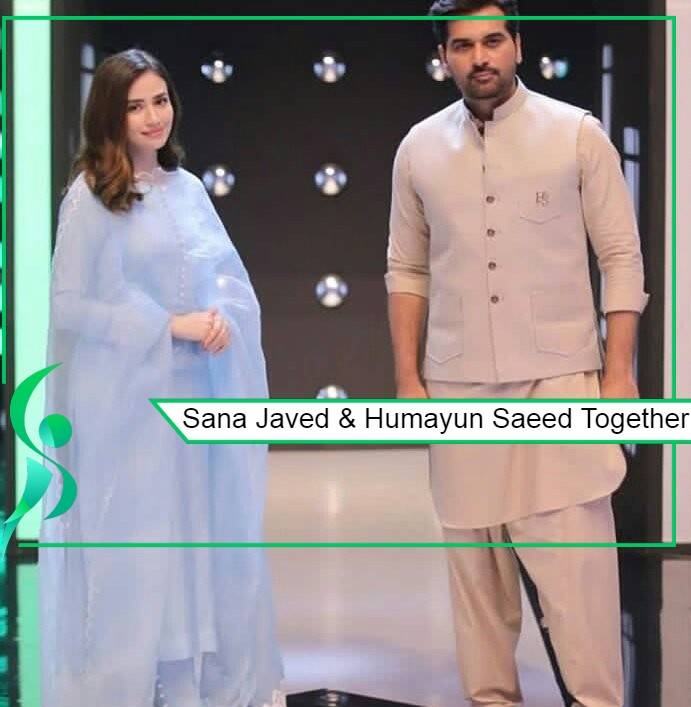 Sana Javed is a Pakistani actress. Sana played the role of a Rape Survivor in Ruswai for which she earned critical acclaim. She considers it her best work yet. She played the leading role of Sanam Ali Khan alongside Feroze Khan in Blockbuster series Khaani. She also made her film debut with the socio-comedy film Mehrunisa V Lub U opposite Danish Taimoor in 2017. In 2018, Pakistan’s leading entertainment website Something Haute hailed Sana as the best actress in Pakistan television.

Sana Javed has gained more popularity as an actress in the recent past than she ever did before. She has recently chosen to work in dramas which offer something much more than just entertainment. Sana Javed is definitely more recognized now as a well-established actress than she ever was before.

Humayun Saeed is a Pakistani actor and producer. Saeed is also a co-founder of the media production house Six Sigma Plus which produces television drama serials and commercial movies.

He has appeared in dozens of Pakistani television dramas and a limited number of films and earned numerous accolades, including Lux Style Awards and ARY Film Awards Saeed has a substantial fan following in Pakistan since the beginning of his career and he was often ranked amongst the highest-paid TV actors of his time. Widely regarded as one of the greatest actors of Pakistan. In recent years, he has starred in a number of commercially successful films. He is often called as Box Office King in Pakistan.

The future of Pakistani cinema appeared to be very promising at the beginning of 2020. We reported that over two dozen Pakistani films are scheduled to release this year. However, every hope went down the drain due to the global coronavirus pandemic. Amidst all this gloom, we have found out a ray of sunshine; Sana Javed has signed her next film.

In last night’s episode of Jeeto Pakistan League, Humayun Saeed and Sana Javed were invited to represent their respective teams. During a conversation, Humayun let it slip that Sana has signed his next film. Though he did not reveal more than that, reliable sources have confirmed that she is onboard. And who needs more confirmation than Humayun’s own announcement.

We wonder if Humayun is going to be the main lead in the film or if he is just producing it, but we are excited to see a new pairing. Sana was last seen making a big-screen debut in 2017’s Mehrunisa V Lub U opposite Danish Taimoor. Prior to the Covid-19 outbreak, Humayun was working on his next venture, London Nahin Jaunga, and later he was expected to shoot for another film, Love Guru Ho Ja Shuru. Both films will be directed by Nadeem Baig.