Home Latest ‘Ms. Marvel should be Pakistani’, says ‘Never Have I Ever’ star Maitreyi... 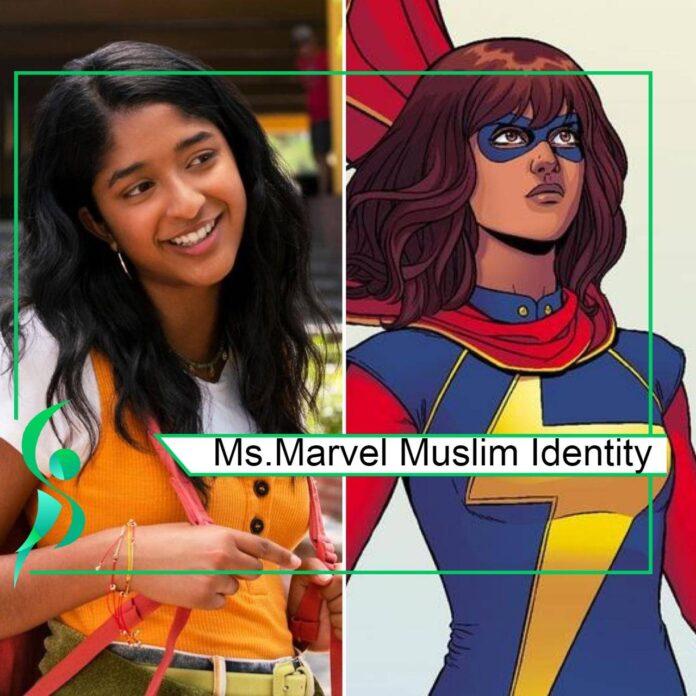 The upcoming Disney+ series Ms. Marvel is gearing up to introduce Kamala Khan — a Muslim Jersey teen, with Pakistani roots — and fans of Ramakrishnan have termed her perfect for the role.

Maitreyi Ramakrishnan has been riding high ever since the premiere of Netflix original Never Have I Ever and in spite of being the new girl on the block, the emerging star knows which roles she can and cannot snag away.

The star of Mindy Kaling’s super-hit recent series, during an interview with Entertainment Tonight, proved that she takes accurate representation quite seriously as she turned down the suggestion of her playing ms marvel.

However, the actor believes her playing the role of ms marvel would be unfair to the Pakistani community.

“I’ve seen a couple of posts about that, but honestly, no. Kamala Khan is Pakistani and I’m Tamil,” she told ET’s, Melicia Johnson.

“If there was a Tamil superhero, I wouldn’t want to see a Pakistani girl playing [her]. I would say, ‘Really? You couldn’t find anybody who was Tamil?’ So why would I want to do that to the Pakistani community? That wouldn’t be fair.”

“Trust me, I’d love to be a superhero. I love ms marvel so much,” she adds.

She already seems to have a substitute ms marvel role in mind for herself: Deadpool’s adopted daughter.

“I could be the daughter of Deadpool or apprentice or something. Maybe Deadpool adopts a South Asian girl. It would make sense — Ryan Reynolds and I would both make the Canadian jokes,” she said.

While Never Have I Ever has busted quite a lot of myths about South Asian culture since its premiere, Ramakrishnan wants others to take notes as well.

“Guys. An idea. A Disney princess that’s actually south Asian without stereotypes and a predictable plotline. She’s hella street smart, sarcastic, and super badass. @DisneyAnimation your move,” she tweeted a week before the show’s launch.

The actor explained, “She’s white and was like, ”Honestly, why do I get so many princesses? You get like, none.’ Because Jasmine is Middle Eastern but she’s not. She’s not from a real place. But it’s also based off a real story. We don’t have proper, solidified representation.”