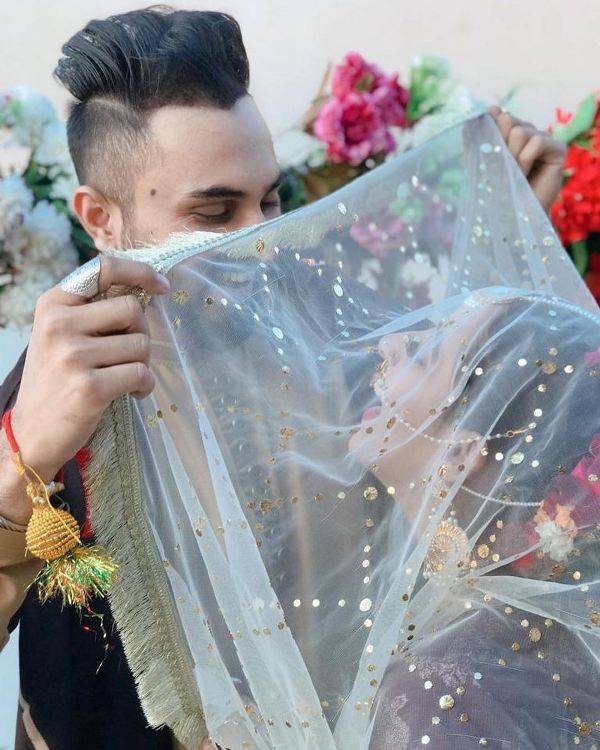 Beautiful and brilliant actress Sanam Chaudhry, she is great actress and her last drama was Meer Abru. She also has jumped on the bandwagon continuing the wedding season this year. After Zainab Abbas and Meera Sethi, Sanam Chaudhary recently nikkah-fied in an intimate ceremony.

Sanam has tied the knot with a US-based singer Somee Chohan living in Brooklyn.

The actress broke the news of her nikkah on instgram with a stunning picture of both, “Forever mera (mine),” read the caption. Somee also posted nikkah’s picture with the same caption.

Her wedding pictures are Masha Allah, she donned a stunning trousseau having hues of white and gold lining her aura.

Pretty bride with her pretty sisterss

The pictaaa from the most emotional moment. Signing the papers, becoming Mrs. from Ms.

It was rumored earlier this year that she left the showbiz, although she hasn’t confirmed yet.

SP team wishes her best of luck, for this new journey.

Want to add more to the story, comment below.