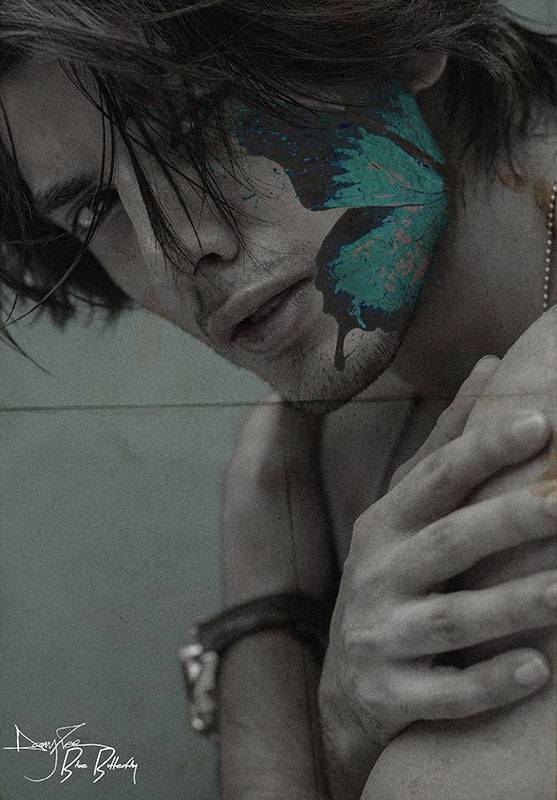 Danyal Zafar entered the Pakistan’s pop music industry last year with Coke Studio’s song Muntazir with Momina Mustehsan. Recently, he released an English language song “Blue Butterfly” which bring across a fusion of part rhythm and part soul. However, it is the music video which has gained quite some attention.

The video was shot in United States by Lightingale Productions, starring Danyal himself and his on-screen love and model Inja Zalta. The video is rather bold and sensuous which attracted a lot and somewhat gained negative criticism. It shows Danyal out in the wilderness, posing in amorous positions with the model.

Have a look at the video!

According to Danyal, the video was meant for western audience as he wants to work on a couple of English albums and has a set-up in Los Angeles. When asked about his comments on the backlash from audience, he said, “We planned and execute a piece of art to the best of our abilities. Of course, some might not be able to relate with it or understand it the way we thought about it, and we can’t do much about it. It’s a perceptive piece.”

Speaking about his new single, Danyal said in a statement, “Blue Butterfly was the emoji-symbol of love in my last relationship. You can say that this is my ‘last calling’ to her. A yearn. A box full of cherished memories that I haven’t let go of yet. And I don’t know if I ever can.”

Le us know your thoughts in the comments below!