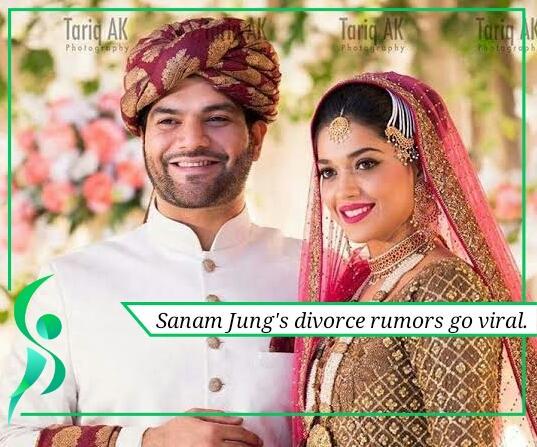 Sanam Jung is one of the most recognizable names in the entertainment industry.
She is a versatile artist who has contributed to the industry by being an actress, model, television host, and VJ.
The actress made her debut in 2013 by starring in the drama Dil e Muztar.

Recently the rumors of the couple’s divorce have erupted on social media with many fans and media outlets fueling the speculation.
Sanam Jung celebrated her daughter Alaya’s birthday recently with her friends and family but her husband was missing from the celebrations.

Adding fuel to fire, the actress posted a picture of herself at the end of the year 2020 which led fans to speculate about a possible split.

So far, neither side has commented on the matter.