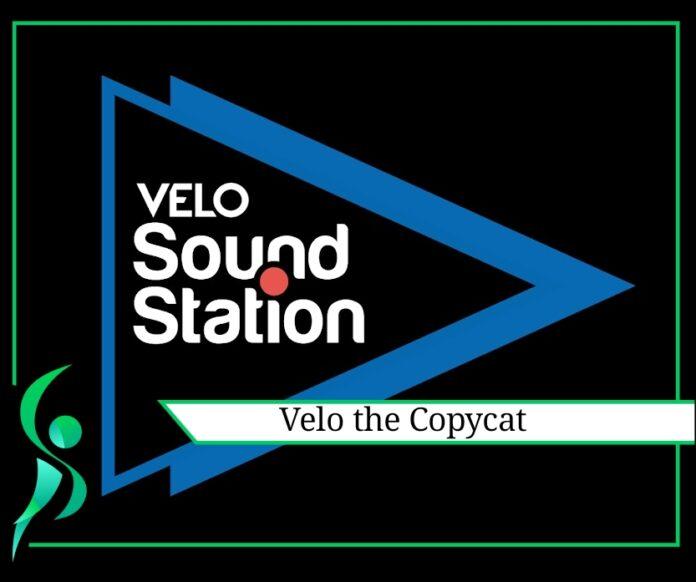 Velo the Copycat! The Pakistani music industry was not at all like this, it’s legacy was to produce music that can become the sound of the nation; until productions like Velo has made their way to our very own music industry. Velo has been copying content for a while now, and It’s a shame for the industry housing people who burn the candles at both ends to create the original content.

Our readers know that Showbizpakistan.pk keeps an eye on everything that happens in and out of the showbiz industry of Pakistan. Recently, we got this alarming yet upsetting news that the Pakistani music industry having the trademark of “Original Content only” has a black sheep producing music on clearly copied tunes. Velo Sound Station has teamed up with big names from the Pakistani music industry to bring the pop music back, but it’s just COPYING the pop from existing pop masterpieces from around the world.

We don’t talk without proof and we don’t want to defame anyone, but we will definitely highlight those who defame our showbiz industry as ShowbizPakistan.pk is the true face of the Pakistani showbiz industry. Calling your attention to this link (https://www.facebook.com/422020534539422/posts/4805989996142432/) which will directly redirect you to the Velo muckraking by the Ad Made Dude. We appreciate him for highlighting it – Great work dude! keep up the good work!

The Velo Sound Station had recently released the song titled “Mere Dil Ne” sung by the fabulous Uzair Jaswal and Famous Sara Haider. But there’s something extremely wrong with it, the tune of this song is a clear cut copy of “Haven’t Met You Yet” by Michael Bublé released back on August 13, 2019. It’s from the sixth album of veteran Canadian singer Michael Bublé and is an exclusive hit of the singer. God knows why Velo copied it.

Still, we’re waiting to hear from Velo on this blunder they had made, and the shame they brought to the Pakistani music industry. We expect the traditional statement that the song is an inspiration of the original but we know that “inspiration” is just another name for “copying” in the music industry. Stay in touch with ShowbizPakistan.pk for more.