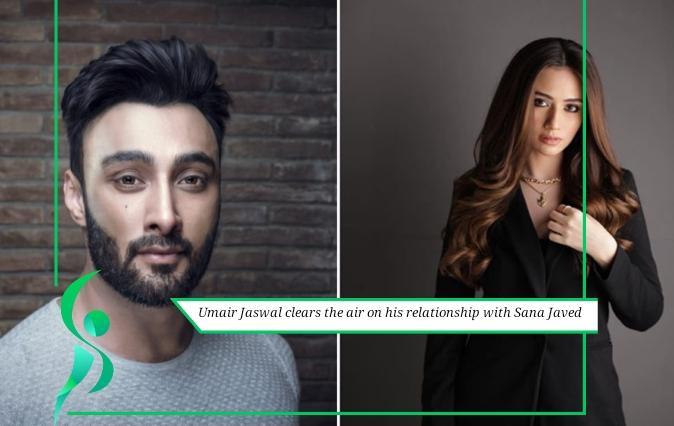 The singer Umair Jaswal, recently shared his views on his relationship with actress Sana Javed.

The singer Umair Jaswal, has now finally addressed the rumors of his relationship with beautiful actress Sana Javed. He stated,” I and Sana Javed have been best friends for a very long time and we love and respect each other”. He further assured his fans that the two will make it official if it is going to happen.

The rumors of their relationship took a turn when the Ruswai actress send a theme cake to Umair Jaswal on his birthday. The Sammi Meri Waar singer then thanked Sana for her immense love and gesture. Later, actress Sana Javed also cleared the air, saying,” There is no truth in the wedding reports, I have no plans of getting married anytime soon.

The duo was also spotted at PISA awards together. The pictures of the couple were doing the rounds on social media, shared below:

The actress Sana Javed is gearing up with another serial titled Dunk, whereas singer Umair Jaswal is launching his brand named EasyPaisa Rahi. It will be launched on 1Aug,2020.

Well, we wish both of them best of luck for their future endeavours.