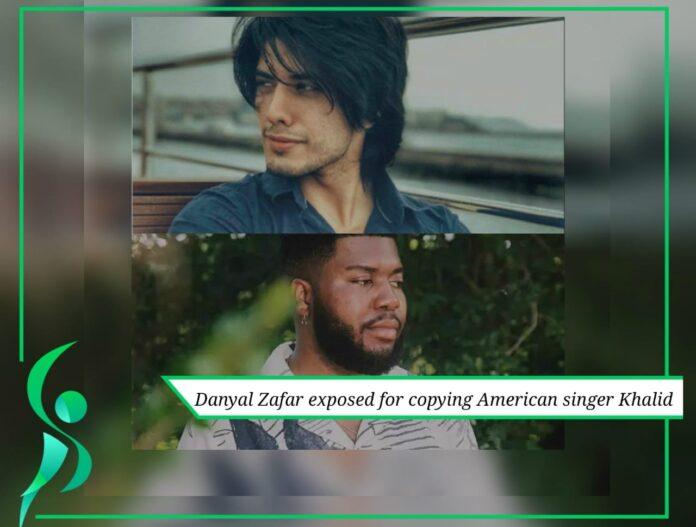 Danyal Zafar or “Danny Zee” is the younger brother of the very well know singer Ali Zafar. Danyal followed in to the steps of his elder brother and has persued a singing career as well. Little Zafar has composed many songs which are equally loved by his fans and all the people that know him. His recent single “Udi Udi Jave” made rounds on the social media after being released and people were quick to go and give it a listen. Some people loved it and some critised it as well, like they do but this one YouTuber by the name “Shkafity Live” had Danyal Zafar exposed for copying the American musician Khalid!

Soon after Danyal released Udi Udi Jave it received a lot of love by everyone but social media is faster that Flash nowadays. The YouTuber “Shkafity Live” exposed Danyal by playing the clip of his new song and comparing it to the song “OTW” by Khalid and trust me… he was not wrong when he said “Danyal ne chappa mara hai”.The music that had been used in the song was extremely similar to Khalid’s song and it felt like it was exactly copied from him. Give it a listen yourself!

What do you guys think about this situation? Do you think Danyal copied Khalid? Or is it just a mere co-incidence. Let us know in the comments!