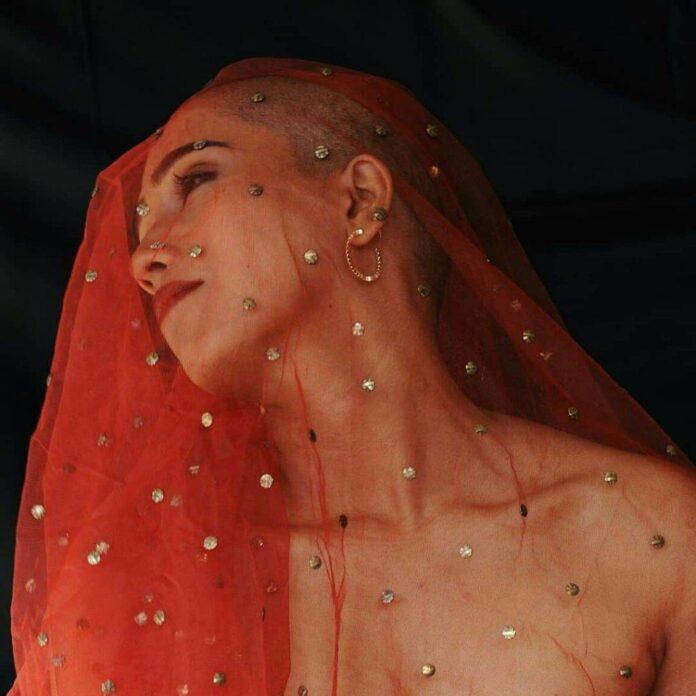 Pakistani actress and dancer Sohaee Abroo is all done with the shooting of her debut Hollywood film “The Window” that seems to be a dark tale.

Sohaee is playing a lead role in the film featuring other Pakistani actors like Faisal Qureshi, Sami Khan and Faran Tahir. Faran Tahir is an American actor who worked in popular projects like Iron-man and Stra Trek.

Sohaee took a bold step for this project by shaving her head. Posting a bald photo of herself on Instagram by sharing the daring experience, she wrote, “I got my head shaved. I recently finished filming the film The Window, where my character’s requirement was to have certain kind of hair that led to eventually shaving it all off,“

“I was definitely a little nervous about it but I decided to accept it and embrace it. I don’t plan on hiding it in fact I’m happy to explore this whole new world without hair!“

She concluded the post by thanking the entire team for giving her the strength to defeat her fears and helping her to convey one of the most difficult characters of her career.

“A big thanks to my co-star Faran Tahir @faran.tahir for not only shaving my head for me so gently and lovingly but also helping me face my fears and motivating me to explore this side of me. Including the rest of the team, our lovely directors, assistant directors, makeup artists etc who gave me the moral support I needed not only to shave my head but in my character which has to be one of the most difficult ones I’ve done so far,”

She also shared the video of shaving her head by co-star Faran Tahir. She unveiled that this new look has helped her rediscover womanhood.

This really took a lot of courage to take such a bold step while living in desi society, we all are loving the way she is embracing it.