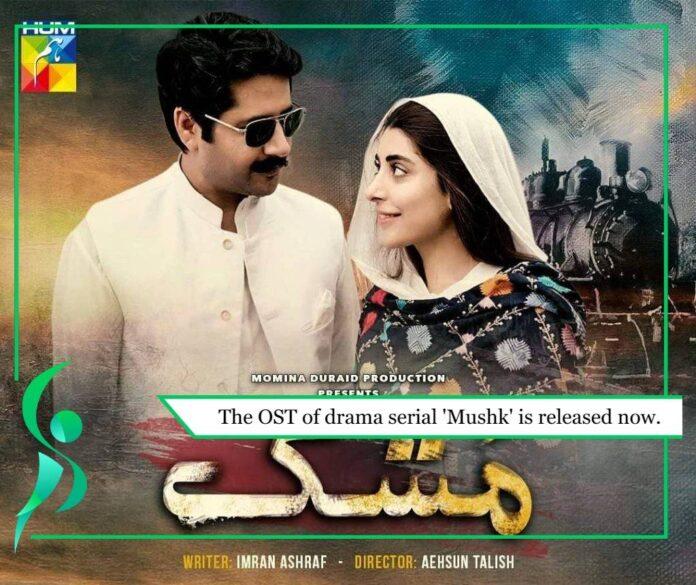 ‘Mushk’ is an upcoming drama serial which is going to be air on HUM TV by 2020. The cast of drama involves the iconic actors of the Pakistani industry are Imran Ashraf and Urwa Hocane. Both are playing the main role in this drama and this on-screen pair looks extremely beautiful. While other super-talented actors such as Osama Tahir, Moomal Sheikh, Sehar Khan, and Qavi Khan are also starring in this serial as well.

You may know Imran Ashraf as a multi-talented entertainer however the person is a capable author also and composed the super hit drama serial ‘Tabeer’ a couple of years back.

Presently he is back with Mushk his second play as an author that will likewise highlight him ahead of the main role by Urwa Hocane. There is be a regular back to back hits as an example to Imran Ashraf’s shows, in light of the fact that both the occasions he has worked together with Aehsun Talish who has gained some real success because of ‘Yeh Dil Mera ‘ for its amazing outline.

According to the report, the story and outline of the drama ‘Mushk’ are going to be different apart from the saas-bahu thing and love triangle story too. The people and the fans are very overwhelmed and heartily waiting for the dram serial to be revealed. Recently the OST Song is being released. The OST is written by Aehsun Talish and is sung by the famous singer Ali Zafar.

Ali Zafar has performed this song in his melodious voice. And Fans are still not over it. The OST has hit up to 27,000 views on youtube and it’s been trending as well and it is being praised by the fans just like the other OST songs of Pakistani Drama as well. The audience is loving the Mushk’s OST.