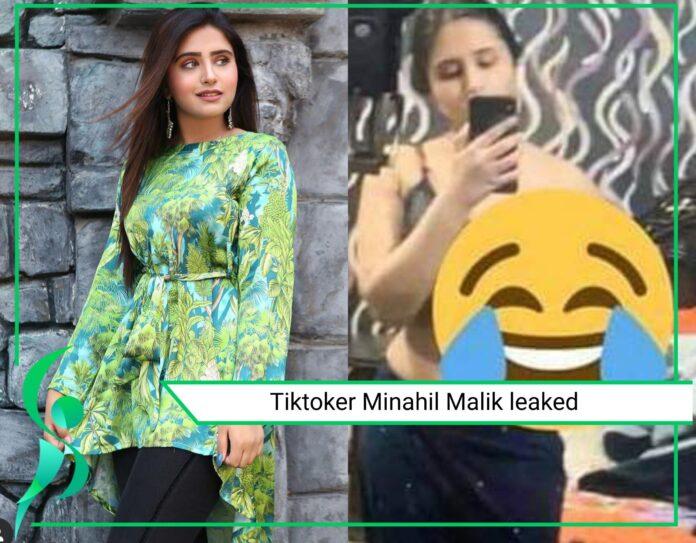 Minahil Malik is a Pakistani social media star who has earned popularity through the TikTok.

Minahil malik came into the limelight after her TikTok videos go viral on social media.

Minahil Malik is considered as one of the prime influencers in Pakistan and has collaborated with several commercial ads.

But yesterday her Intimate Photos were leaked online.Many actresses ‘s personal videos and pictures were also leaked allegedly in past. This disgusting trend will continue if we keep blaming the victims instead of going after the real culprit: the male privilege.

showbiz Pakistan Since the emergence of social media as it moved on to become an impactful tool with the passage of time, the celebrities have undoubtedly been its biggest victims as of now.