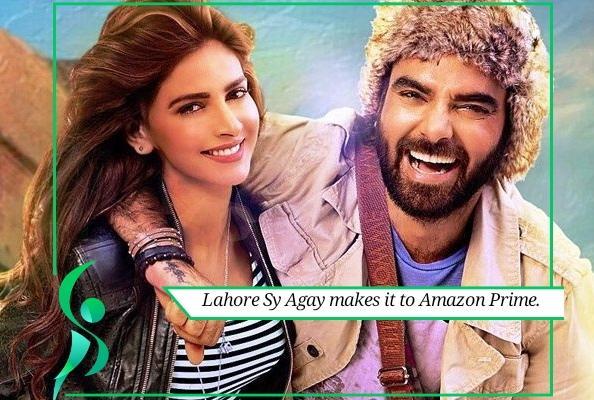 The film Lahore Sy Agay was released in the year 2016, a road comedy romantic film, directed by Wajahat Rauf and produced under the banner of Showcase films and ARY Digital.

The film is a spin-off of Karachi sy Lahore, released in 2015, and an additional installment to Karachi Sy Lahore series. The film stared all the star cast including Yasir Hussain ( part of the original series too), Saba Qamar, the veteran actors Behroz Subzwari, Rubina Ashraf, and Athiqa Odho. Noor Ul Hassan, Mubashir Malik, and Abdullah Farhatullah was also part of the film.

The story was linked with the original series, where Moti (played by Yasir Hussain) continued his journey from Lahore to Swat where he meets a female rockstar Taara Ahmed (portrayed by Saba Qamar). Upon the release of the film, it received criticism from the critics and was declared as a moderate box-office success.

After 4 years of release, Lahore Sy Agay is now featuring on Amazon Prime (digital platform) which is indeed a big achievement for the cast and crew. The delighted director Wajahat Rauf and writer Yasir Hussain shared this news on their Instagram.

A snippet from their accounts is shared below:

The film is now available at Amazon Prime screens for UK and US. It will be released on Pakistan’s Amazon Prime later. From the desk of Showbiz Pakistan, we congratulate the cast and crew of the film for making it big.