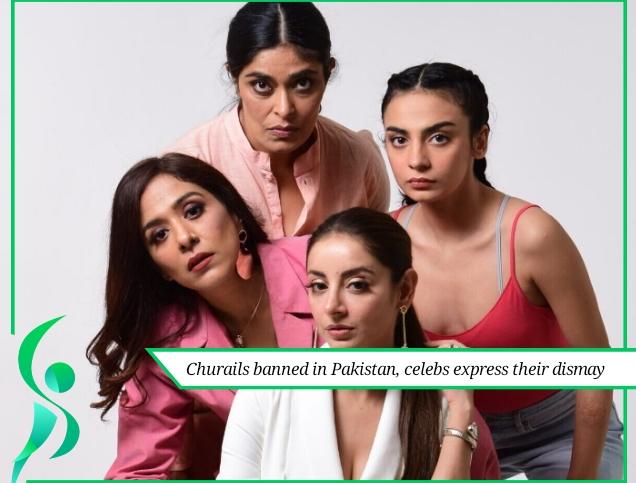 Asim Abbasi‘s “Churails” has been the talk of the town for quiet a while now. It was considered as Pakistan’s first OTT (over the top) series that was provided to the masses without any charges to pay for watching. But it had recently came under fire for providing the audiences with extremely vulgar and adult content which hurt a lot of sentiments unintentionally. Now that it has finally been banned for Pakistani audiences by the channel Zee5, several Pakistani celebs express dismay through Twitter!

Celebs express dismay over the ban of Churails in Pakistan!

Following the ban of Churails in Pakistan, the director Asim Abbasi manifested his disregard for this situation on his Twitter profile. He said, ” This is a loss for all actors, writers, directors and technicians across Pakistan, who were hoping for digital/OTT to be their saviour. And it’s a home-run for all the misogynists who have once again proven that they are the only voice that matters.”

Apart from Abbasi himself actors like Osman Khalid Butt, Sanam Saeed and Anoushay Ashraf also expressed their dissapointment via tweets.

Osman’s tweet stated that, “Oh, you got Churails banned? Congratufuckinglations. Now please focus your outrage on the fact that police have failed to arrest the prime accused in the motorway rape incident.”

Sanam Saeed stated that, “Banning dancing ads, outspoken films and webseries will not end rape if that’s the agenda. Why are we riddled with such hypocrisy? Buss bandh darvaazon kay peechay ho sub. God forbid hamari bholi awaam influence na ho jai if we take creative liberty to be honest and open.”

Anoushey went on saying that, “Good or bad, #churails is a TV series. Those who don’t want to watch it don’t have to, but ‘banning’ freedom of expression and art is VERY regressive in 2020. Like banning anything has worked ever. If anything, I really want to see the series now. #PEMRAHoshMeinAao“

Seems like Churails being banned in Pakistan triggered a lot of actors and audiences as well. A lot of people still think that content like Churails should be aired in Pakistan to aware the people more about the on going situation of today’s desi society. On the other hand, half of the people think that this type of content should be banned as it impacts young minds negatively.

What are your thoughts on this? Let us know.