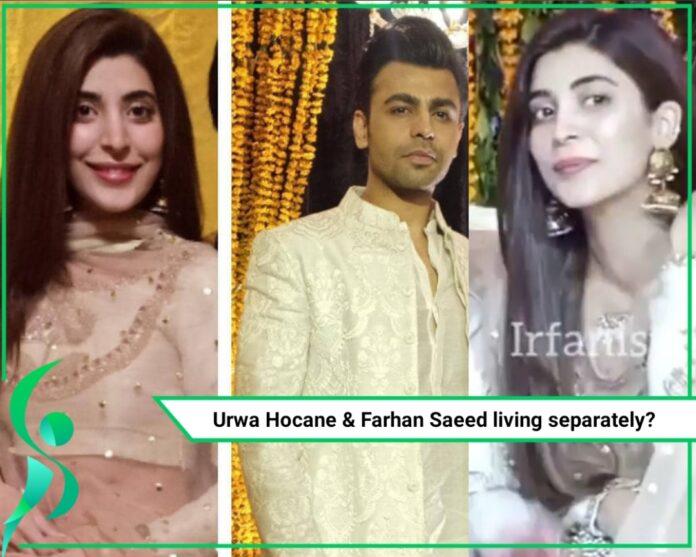 Urwa Hocane and Farhan Saeed married in 2016. This couple is considered one of the most gorgeous couples in the Pakistani showbiz industry. From wedding to interviews and now rumours about separation, the adorable couple always remained in the limelight.

The rumours about their divorce were all over the internet a few months ago. Urwa’s father, Mushtaq Hussain, came forward and gave a statement where he took all fans by surprise and dismissed their separation’s rumours. Fans were delighted about this.

However, the couple avoided going out in public places together since then. Both Farhan and Urwa neither turned down nor acknowledged the rumours. Both were seen in a few interviews, but they avoided commenting on this matter. However, in an interview with Maryam and Nivaal, Farhan debunked the rumours about their divorce and said that Urwa is one of the most empowered women in his life and is an inspiration for him. But they still didn’t make any appearance together as we expect from a couple in the showbiz industry.

A recent wedding event of Sadia Jabbar and Qasim Ali took place where Urwa and Farhan were invited. Both of them were spotted avoiding each other. Urwa was sitting on the stage with the bride, and Farhan was taking pictures with the groom, and later, he was seen leaving. That showed the way to many people who were waiting for something like this to happen, and rumours are now again circulating that they have parted ways with each other.

You can watch the videos where both avoiding each other but had fun on mehndi Urwa dance with a couple.

Whatever the matter is, we hope that they sort it out soon.