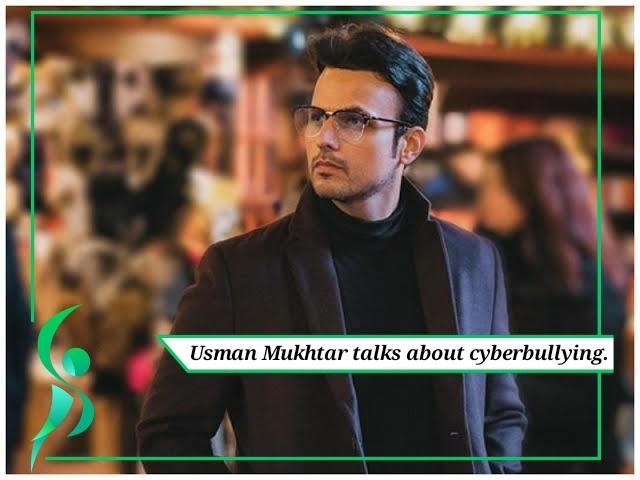 The actor, writer, and cinematographer Usman Mukhtar, currently made his much-awaited appearance in serial Sabaat, where he portrays a character of a psychiatrist.

But it looks like his appearance did not attract the viewers and fans were quite disappointed. A new wave of cyberbullying was started which also didn’t go well with the actor.

The rising star took his social media to share his thoughts on cyberbullying, also taking a dig at the so-called bloggers/influencers/Instagrammers/tweetist, etc. He wrote:

Look at me. Look at yourself. Now, look at me again. What do you see? Let me tell you, a blogger/influencer/tweetist/Instagrammer. Now look at yourself and think, why am I not all those things? Because you know what? You can be. Right now. It’s simple. See a trending story, a tv show, write anything about it. Make it bad. Bad works better than good. Its calling riding the wave……..

He also posted a picture of himself with the above caption :

He talks about the present-day criticism where everyone thinks that it is their responsibility to judge every other person, from any walk of life. He urges his fans and followers to stop cyberbullying because at times it didn’t go well with even a celebrity too.

The 34-year-old actor has always been vocal about mental health, cyberbullying, etc and it takes courage to address these issues. Say no to cyber bullying should be a mantra that everyone should follow.