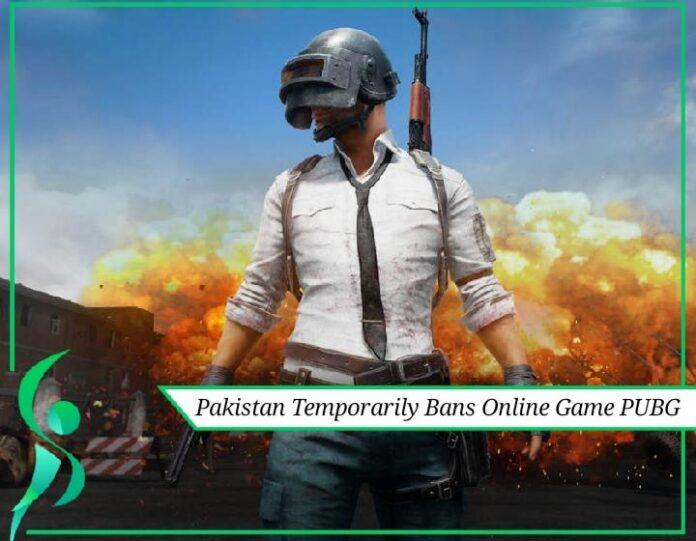 The Pakistan Telecommunications Authority (PTA) has temporarily Bans Online Game PUBG(Player Unknown Battleground) in the country. The PTA has decided to suspend the PubG game temporarily. The statement said that the PTA had received numerous complaints against the game, saying that the game was addictive. It is a waste of time and has serious negative effects on children’s mental and physical health.

The PTA said that according to recent reports, there have been suicides in connection with the PubG game which make them to Bans Online Game PUBG, while the Lahore High Court also directed the PTA to look into the matter and decide on the matter after talking to the complainants.

It comes up in the news that the PTA has also decided to seek a public opinion regarding the online game and asked the public to vote on consulatation-pubg@pta.gov.pk by July 10.

It may be recalled that during the last month, 3 youths who were addicted to playing pub committed suicide.

An incident occurred recently and the Dawn newspaper reported that 18-year-old Shehryar was found hanging from a ceiling fan and had a suicide note in which he played Player in a Noon Battle Ground (PubG). Was called the ‘killer online game’.

The boy lived with his brother in a rented quarter in the Punjab Housing Society, the SP said.

He said his brother was not at home when he committed suicide.

Shehryar’s brother was a salesman, and police are trying to reach the girl who made the video call before the boy hanged himself, he said.

“We will also interrogate a shopkeeper who was his partner in the PubG game,” the SP added.

In the alleged suicide note, the boy cited PubG as one of the reasons for his death and requested to Bans Online Game PUBG and apologized to the shopkeeper for his mistakes.

Lahore police had already taken up the matter with higher authorities through the Inspector General of Police to ban the online game.

The Lahore City Police Officer had also written a letter in this regard on the recommendations of Deputy Inspector General (Operations) Ashfaq Ahmad Khan.

Keep in mind that according to some experts, PubG is affecting the mental health of children that’s why it’s obvious to Bans Online Game PUBG.

According to him, several countries are trying to Bans Online Game PUBG, on similar complaints.

He said that earlier, another online ‘Blue Whale Challenge’, a ‘suicide-provoking game’ was reported, which gave youngsters 50 tasks for 50 days.