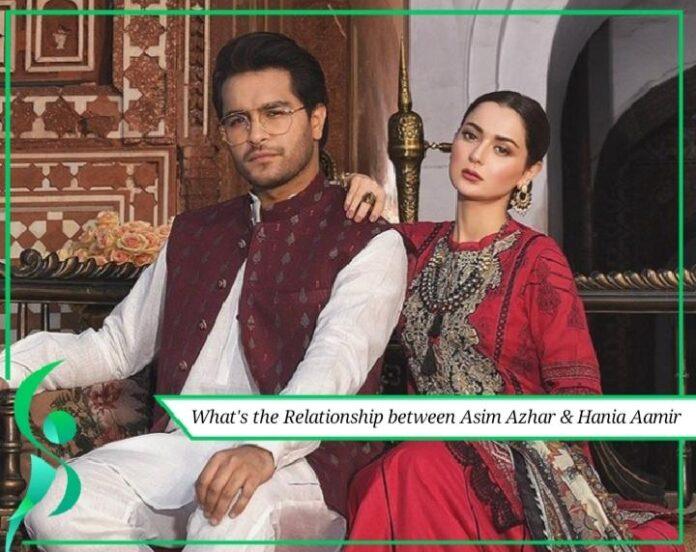 The two have been seen together several times in the past, leading to speculation that they may be planning to get married.

Also in April this year, singer Aima Baig had asked Hania Aamir during an Instagram live chat without hesitation that fans are asking when she is marrying Asim Azhar.

When asked by Aima Baig, Hania Aamir postponed the matter and said that she is still a girl, so how can she get married.

However, she did not explicitly mention his relationship with Asim Azhar at the time.

But now, once again, she has spoken openly about her relationship with the singer during an Instagram live chat with Aima Baig.

In the latest video of Hania Aamir and Aima Baig, which went viral on social media, the actress can be heard openly talking about her relationship with Asim Azhar.

In a short video, Hania Aamir admits that she and singer Asim Azhar are best friends, but at the same time she clarified that there is no ‘they’ relationship between them.

The actress explained that however, they are still best friends and they continue to help each other.

The actress said that she recently appeared in Asim Azhar’s song and these days Asim is helping her in a project.

Some fans were also upset over the actress’s confession of friendship and denial of a relationship with Asim Azhar and asked what the actress meant.

It may be recalled that in the recently released song of Asim Azhar, Hania Aamir was criticized for her bold dress and she was also urged to dress in accordance with Pakistani and Islamic traditions and culture.