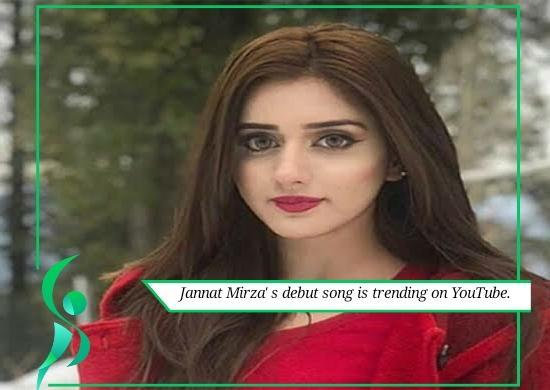 The Tik Toker, Jannat Mirza made her acting debut alongside Ali Josh, presented by singer Bilal Saeed and sung by Sarmad Qadeer.

The song titled Shayar by Sarmad Qadeer marks the debut of famous Tik Toker sensation Jannat Mirza besides actor Ali Josh, is now trending on number one on YouTube with around 2.2 million views.

The song narrates a journey of a poet, often separated between reality and dreams of his life. The song was premiered on 10 July,2020 and it has received mixed reviews.

For people who don’t know about Jannat Mirza, she is a well-admired Tik Tok star who has a fan following of around 7.3 million on the popular video-sharing app,

Well, from the page of Showbiz Pakistan we congratulate the star for this success. Have you listened to the song? Let us know, what do you think about it.