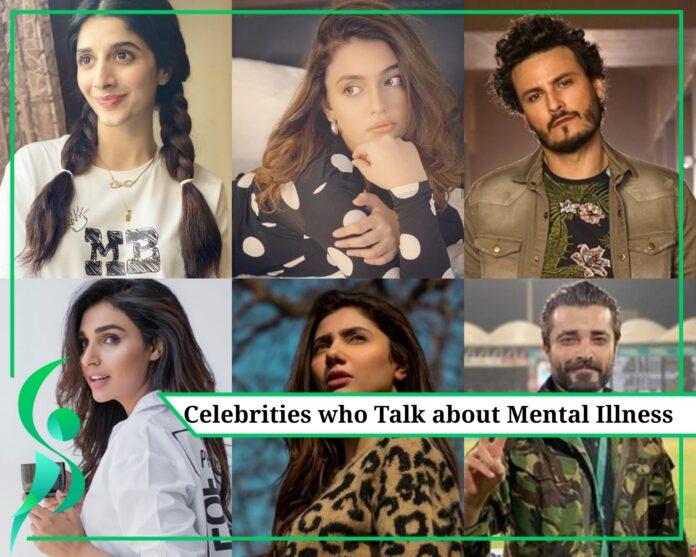 Bollywood actor Sushant Singh Rajput committed suicide due to some mental illness on Sunday morning. It might seem that celebrities live the perfect life. They’re talented and widely loved, they’ve got mansions, fast cars and are always decked in designer goodies.

But that doesn’t mean their world is free from mental illness. It’s tough to talk about your problems but sometimes someone else breaking the ice can help. More and more celebrities are coming forward and perpetuating a culture of openness that is slowly chipping away at our preconceived notions. Based on the investigation it is clear that the actor was suffering from mental illness from some time. His friends also believe the reason behind his suicide was extreme depression.

Mawra Hocane is a Pakistani Model and Actress. She changed the spelling of her family name from “Hussain” to “Hocane” in 7th-grade class to give it a unique spelling. She holds a degree in Law from the University of London which she finished after going back to law school.

She pointed out why many refrain from opening up on their feelings and are thus judged by society.

Osman Khalid Butt is a Pakistani actor, writer, and choreographer. He is best known for his role in Aik Nayee Cinderella aired on Geo TV, and Aunn Zara aired on A-Plus Entertainment, both of which rank among the highest-rated Pakistani serial.

Osman Khalid Butt emphasised on how important it was to listen if someone was being brave enough to talk about their mental health issues.

Amna Ilyas is a Pakistani film and television actress, and model. She is the younger sister of models Salma Ilyas and Uzma Ilyas.

Mahira Khan is a Pakistani actress. Khan is best known for portraying the role of Khirad Ehsan in Momina Duraid’s Humsafar for which she received numerous accolades including Lux Style Awards for Best Television Actress.

Mahira Khan emphasised on the same while calling out the people who think being ‘straight up’ is ‘cool’.

Hamza Ali Abbasi also urged everyone to “Be kind to others, to your family, to the weak, to the poor.”