Home Celebrities 7 Lollywood actresses that had their pictures leaked 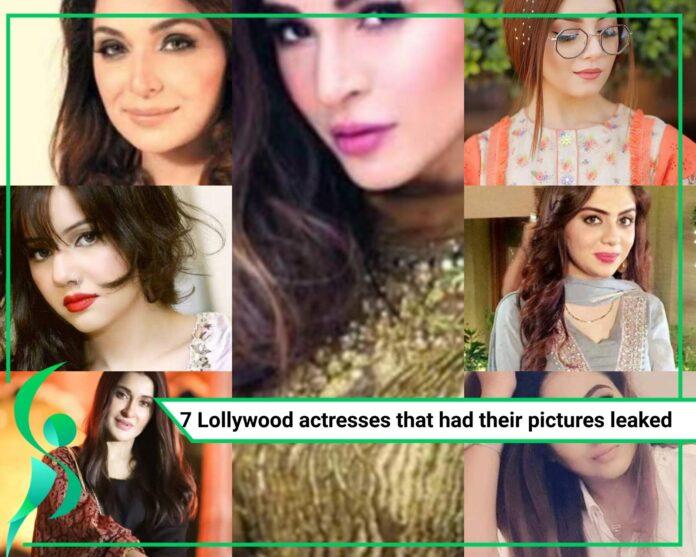 Being in the entertainment industry is a blessing and a curse. On one hand there are a lot of people that appreciate you but there is also a bunch of people that don’t want to see you prosper. The celebrities in Lollywood are continuously a target of hate, jealousy, envy and scandals. Due to this reason they have also suffered being in the light of controversy and had their personal photos and videos leaked. Most of the times, it is the Lollywood Actresses that had their pictures leaked so here is the list of 7 Lollywood actresses that had their pictures leaked.

7 Lollywood actresses that had their pictures leaked

Number 1 on our list is the very bold and outspoken Meera Jee. Meera made headlines when her personal video with Captain Naveed was leaked on the internet. It is said that this was done by Captain Naveed himself because Meera rejected his wedding proposal. Although Meera was abused by people online, she remained collected and only wished Captain Naveed good luck :). Meera even claimed that Naveed wasn’t as bad as people had portrayed him after the leak.

Rabi Peerzada is a famous singer from Pakistan, she gained even more recognition online when her bold videos and pictures were leaked on social platforms by hackers. This became a life changing incident for Rabi as she turned herself towards Islam and decided to perform Umrah, devoting her life and time to her God.

Previously known as Shaista Wahidi, Shaista Lodhi was also the part of a scandal when her ex husband leaked her personal photos online after their separation. This event was also shocking to many people but Shaista remained calm and said on her show that she has “left all the matters in the hands of ALLAH.”

Model turned actress Rida Isfahani was a part of controversy as well when her bold personal photos leaked online. But it seemed like Rida gave no importance to the matter as no official statement by her side has ever been made. She is still busy in shooting dramas and getting featured in TVCs.

The ex-wife of Mohsin Abbas Haider, Fatima Sohail also found herself in the middle of a controversy when an adult video was leaked of a couple. The lady in the video was being compared to Fatima Sohail and people spared no moment to begin attacking her. Fatima’s stance on this whole situation was that she claimed it was not her that was said to be in the video.

A crush for many boys of Pakistan, Alizeh Shah was also a part of controversy when her private pictures made rounds on social media. Many people judged her for the in-appropriate pictures and she was also trolled by the internet bullies. Alizeh’s stance on this was that the woman that appeared in the pictures was not her but simply just someone who “looked” like her.

Ayesha Omar or Khoobsurat from Bullbulay became the talk of the town when some pictures of her partying and enjoying herself at a festival surfaced the social platforms for days. Pakistani people being themselves started targeting her in memes and funny posts, it was not a big deal for Ayesha as she has also been seen in controversial clothing before this episode.

That’s our list for the Lollywood ladies that had their pictures leaked. Let us know what you would like to see next!