Home Music Haroon recalls his experience behind the shooting of Mehbooba 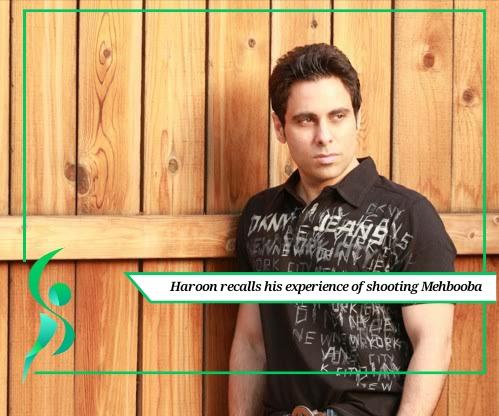 Singer Haroon Rashid narrates a story, recalls the shooting of his most admired song titled Mehbooba.

The Pakistani-British singer Haroon, following Awaz split, delivered a series of hit songs one after another, still echoing in the memory of his fans. Out of all his singles, Mehbooba is perhaps still our favourite jam. The song was also re-created by Nescafe Basement last year, which was also a huge hit.

Even though the song itself is captivating, its music video itself played a massive part. Along with the Middle Eastern Sounds, the video showed Haroon as a lover wandering around the pyramids of Egypt searching his lady love.

While memorializing the shoot of the song in one of his Instagram post, he wrote:” Who remembers this one? When I recorded this song I thought wow I would love to shoot the video by the Pyramids”.

Stumbling across a production in the city, the star shared that he instantly booked a ticket to Cairo and went there, but come back disappointed.”I randomly found a production company online in Cairo, immediately booked my ticket and just got on a plane and flew out there for 3 days. In the end, they told me I couldn’t afford to shoot by the pyramids and it would cost hundreds of thousands of dollars; and that I just shoot the video in Pakistan on a fake set.”

Furthermore, he revealed that all of a sudden the lady producer changed her heart after listing the song. He stated:” But then, the lady producer said I love this song so much I will make it happen no matter. She called in a favor from her best friend, who was married to the owner of the local Cairo production company that worked on the film Lawrence of Arabia. There were so many things that could have gone wrong but the stars aligned and this music video went on to be one of my solo biggest hits, along with Dil Se Pakistan and Mehndi, and others.”

Here is the link of our favourite jam these days: