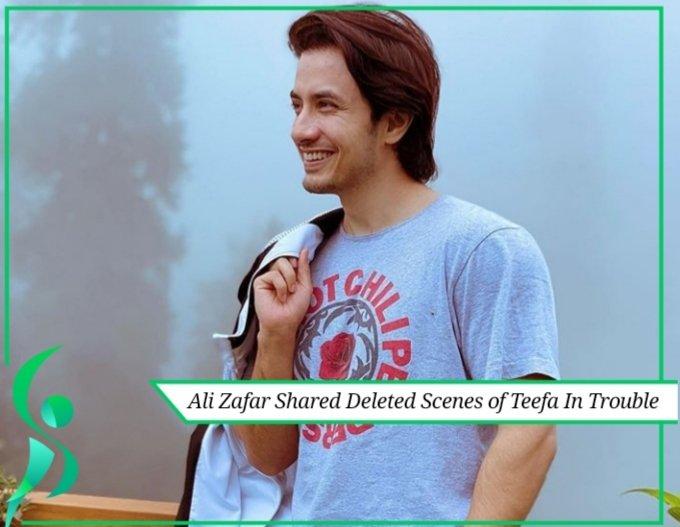 Actor-singer Ali Zafar has shared the deleted scenes of TEEFA IN TROUBLE which were deleted at the time of its release for the fans on the completion of 2 years of his film “Teefa In Trouble”.

Ali Zafar wrote on Twitter: “On the second anniversary of Teefa In Trouble, we decided to release the scenes that were deleted due to the duration of the film. Hope you enjoy it as much as you did watching the film.”

For those who are still deprived of watching the film, Ali wrote that the film can now be watched on Netflix as well.

I wrote this scene in 2017 when I was writing the role of Anaya. I wanted heroin to be seen as independent and free, not as cowardly and intimidating. I feel that through this medium we have informed the people about freedom of choice irrespective of gender.

Explaining the deleted scene, Ali Zafar wrote, This scene shows how two people understand the feelings of love and how they connect. It was the first scene of director Ahsan Rahim’s first film in which it can be seen how he portrayed the emotions in a real and fun way.

Maya Ali was opposite Ali Zafar in the film “Taifa In Trouble” which was released on the occasion of Eid in 2018, while the other cast included Javed Sheikh, Faisal Qureshi, Mahmood Aslam, and Nayyar Ijaz.

Watch the deleted scenes of Teefa In Trouble from here: