Home Celebrities Yumna Zaidi: Affan Waheed Is The Person Behind My Success 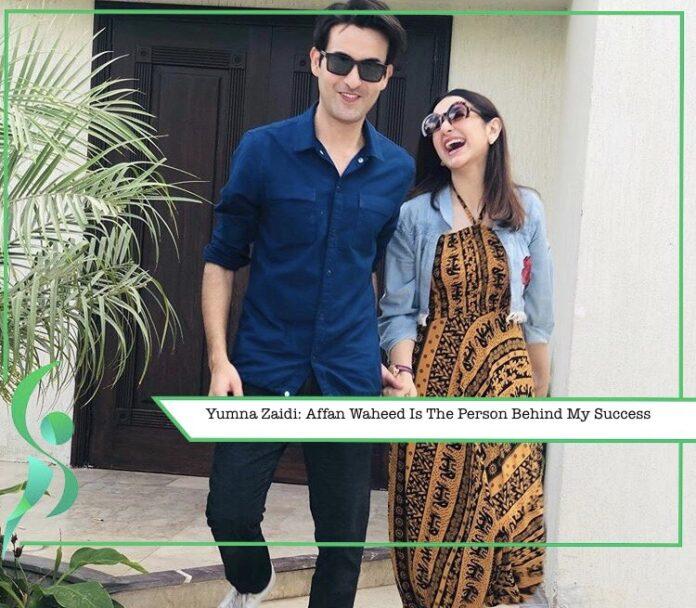 Yumna Zaidi and Affan Waheed were last seen together in a drama Guzarish and everyone loves their chemistry. Recently, Yumna Zaidi reveals the person behind her success in a morning show and that’s non other than Affan Waheed. The actress praises the actor in such a positive way that it literally amazed us.

Affan Waheed undoubtedly seems like the most genuine person in the industry with his appearance and gesture as well. He’s always sweet towards everyone and his every co-actors.

In a show when the actress was asked to advice the actor Affan Waheed then Yumna Zaidi replied: “I don’t have words for him. He is the person behind my success and whatever I am today is just because of him.”

She also added: “He’s a very good friend of my and because of him I got my first drama serial on ATV at 8th standard.”

Not just till here Yumna Zaidi also revealed something about him which shows that Affan Waheed is very down to earth person. She said: He also used to pick me from my home to the sets of my first serial and she don’t have words to describe him.”

But for advice, she said: “I don’t want to give him any suggestions as he is a very good actor but I want him to play a negative role as he’ll do it amazingly.”

Here’s the interview in which she is praises Affan Waheed which made us adore him even more.

Not just in this interview but Yumna Zaidi was also seen speaking good words on Affan Waheen on a very famous and loved talk show “Speak Your Heart with Sameena Peerzada.”

Well, apart from that currently the actress is coming in a very hit drama “Pyar kay sadkay” which is just and on its end and is getting exciting in every episode. Yumna Zaidi’s acting in this drama proves that she is a tremendous and amazing actress.