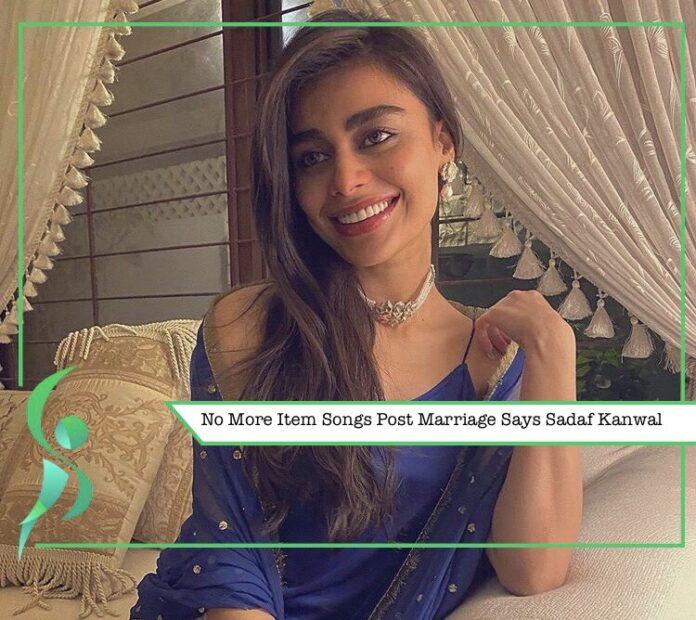 The stunning actress and fashionista Sadaf Kanwal has done an item songs in 2017 called “Kaif-e-Suroor” which was on everyone’s lips back then. But she just announced that she’ll not perform item songs as she is married now. There was a lot of criticism on her marriage but her husband aka Shahroz Sabzwari and her said that their married life does not get affected by the criticism it gets.

Just like that her item songs have also received a lot of negative come back as being a Pakistani people couldn’t accept her dancing on the songs with see-through outfit. Not just people but our straight forward Humza Ali abbasi also created fuzz over item songs in Pakistan. But Sadaf Kanwal never gives her attention to the negative feedback and tries her level best to be positive which is really an inspiration. But we must say that we do loved the song which was sung by Aima Baig.

Recently, when asked from the stunner Sadaf Kanwal that if she’s looking forward to performing any item songs in future or not to which she replied: “My performance in item number ‘Kaif-o-Suroor’ was best, however, I will not continue to do such songs as I am married now.” Which is itself great news for us.

Sadaf Kanwal and the actress will be seen on the screens very soon with her husband Shahroz Sabzwari in a comedy-drama “Ghar kay na ghat kay” which will be a treat for their fans to watch. Several pictures of them are going viral on Instagram and not just pictures but videos as well in which the couple is seen spilling some beans about their personal lives.

What are your views over Sadaf Kanwal quitting item songs? Do tell us!