Home Celebrities Ahad and Sajal soon to get married 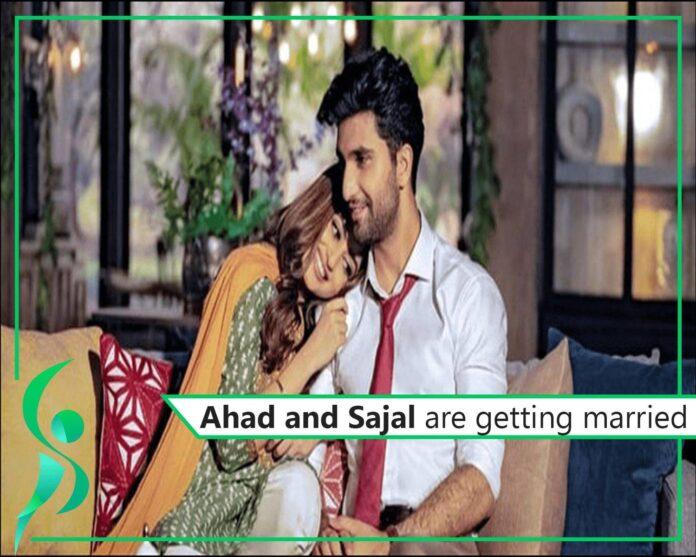 The wedding functions of the most adored couple have started with a dholki. Yes, we are talking about the wedding of every Pakistani girl’s heartthrob Ahad Raza Mir and the elegant Sajal Ali.

The Yakeen Ka Safar famed duo got engaged last year, and since then, their fans are eagerly waiting for this wedding to happen.

Ahad and Sajal appeared as an on-screen couple in ‘Yakeen ka Safar’ for the first time. Their chemistry in this drama was loved so much that the local fans and even the viewers from the neighboring country started shipping them as a couple.

The news of the start of wedding festivities broke out when a local entertainment website posted a picture of a cake that had ‘Ahad our Sajal ki dholki’ written on it. The picture went viral on social media, leaving the fans with lots of questions.

Sajal also posted pictures of red flowers and red dress, which indicates the wedding preparations have begun and the couple is soon to get married.