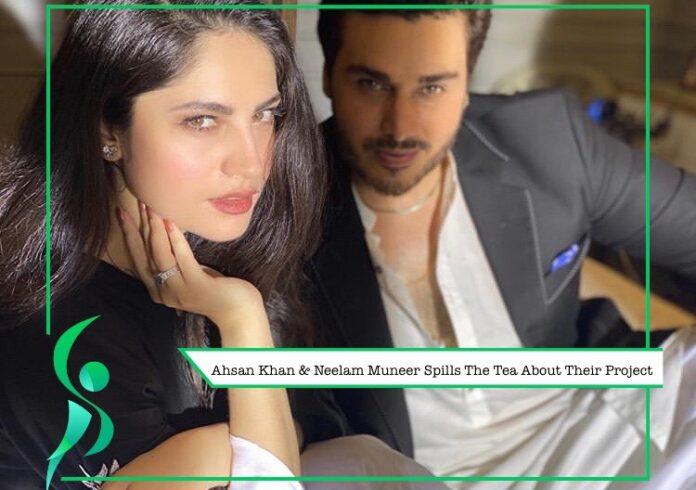 Ahsan Khan and Neelam Muneer are one of the most known faces of Pakistan industry. Ahsan Khan lately has been hosting a show on Pakistan’s one of the best new channels “Bol” and that show is the only source where we see the hero. Apart, from that her quite non-social in the industry. And talking about Neelam Muneer first thing that strike our mind is the beautiful face of hers and her beautiful point of views over everything.

Recently the actress was seen on the very famous show “Rewind with Sameena Peerzada” where she told everything about her live and it seem like people are loving her.

Ahsan Khan And Neelam Muneer Together:

Well on the contrary to that talking about both the actors together they have done a film together called “Chupan Chupai.” which was released a while ago in 2017. The film actually was the remake of Tamil Hindi movie called “Soodhu Kavum.” Although the film didn’t went well but still people really adored their on and off-screen chemistry a lot.

So, here is a good news for all the their lovers and who ever wanted to see them again. As both of them just confirmed that they are playing the lead role for their upcoming project called “Qayamat.” And now both of them have shared the BTS picture from the sets on their Instagram handle which which is as quite as it sounds. In the picture Ahsan Khan is wearing a shalwar kameez with a waist coat and a mustache which is giving us the vibe that the drama may have a touch of vintage maybe. And Neelam Muneer has a mysterious look which is yet to know.

Well, we are really excited to see them on screen together and the drama seem to be quite interesting as well. Which upcoming drama you guys are more excited about? Do tell us in the comments.