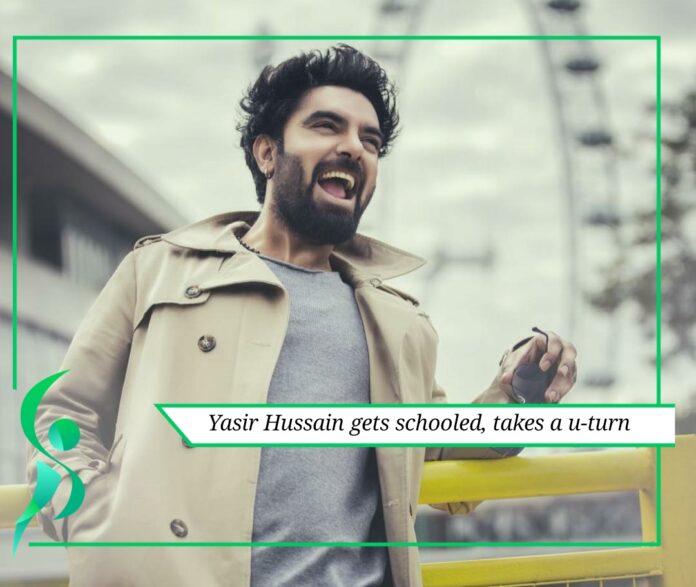 Actor Yasir Hussain often shares the limelight in the entertainment industry, but for all the wrong reasons. Since the start of the Turkish drama serial Ertugrul Ghazi, he has been coming up with a cryptic post every other day, targeting its actors and streaming of foreign content.

Recently, Hussain offered his views on an Instagram story, where Pakistani actors were dressed as Ertugrul. The actors were dressed quite similar to Ertugrul, on which he concluded that they aren’t praised on the level of Turkish actors. Furthermore, he added that ‘self-possession is always undermined.’

In a matter of minutes, a debate was started all over media and, many celebrities took part in it. Anoushey Ashraf was also quick to respond and told Yasir Hussain to not refer to anyone as “kachra”. She further adds that Ertugrul is a masterpiece, and if Yasir doesn’t like it, he should be sporty enough to recognize the hard work of these actors.

“Let’s just gently remind Yasir Hussain that no one is kachra (garbage) for one. And even if their work isn’t at par to his liking, actors from around the world must be respected,” she quoted.

“Having said that, Ertuğrul is far from garbage. If anything, the series is an eye opener”, Ashraf said.

A series of tweets were started against Hussain, and he was criticized mercilessly for his words. Nevertheless, after all the schooling done by fellow actors and people, Hussain was quick for a u-turn and defended himself by saying that he wasn’t targeting Ertugrul actors, instead, he was referring the diplomacy, which exists in the entertainment industry.

Well, on that note, all we want to say is that we all should respect everyone, irrespective of their work, caste, culture, and religion. We also hope that Yasir Hussain will soon learn about this because a little kindness goes a long way.