Home Celebrities Ali Ansari and Mashal Khan are no longer together, and we have... 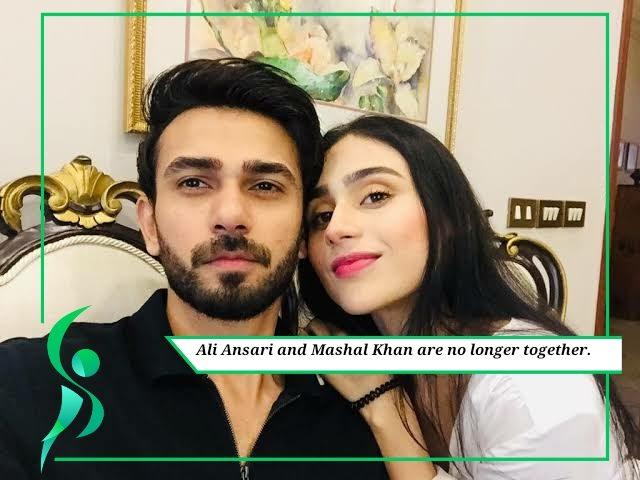 The latest celebrity couple who have called it quits are Ali Ansari and Mashal Khan, who recently confessed their love on a Ramzan show, hosted by Reema Khan.

Seems like the hottest couple of the town has decided to call it quits, and the reason behind is not known yet. The duo has always updated their fans about their personal life, and in a Ramzan chat show openly talked about it. In conversation with Reema Khan, the two confessed that they didn’t hit off in the first meeting. Later Ali added that his liking towards Mashal grew when he interviewed her in a fashion show and after that, he sent her a friend request on Facebook.

Ali Ansari and Mashal Khan started dating in the year 2018, and never appeared on-screen, but their off-screen chemistry was always the talk of the town. The duo recently did a photo shoot, and steamy pictures were all over the internet.

But, in the present day, the former couple has unfollowed each other, and the pictures posted together are nowhere to be seen. Moreover, in a live session, Mashal confessed that she has thrown much “kachra” (trash) from her life, which definitely raised many eyebrows.

Every interaction between Ali Ansari and Mashal Khan pointed out that the two were happy and content, together. But, looks like they are not headed for a fairytale ending, judging from their social media happenings. Well, whatever the reason is, we wish both the talented actors the best of luck for their future endeavors.