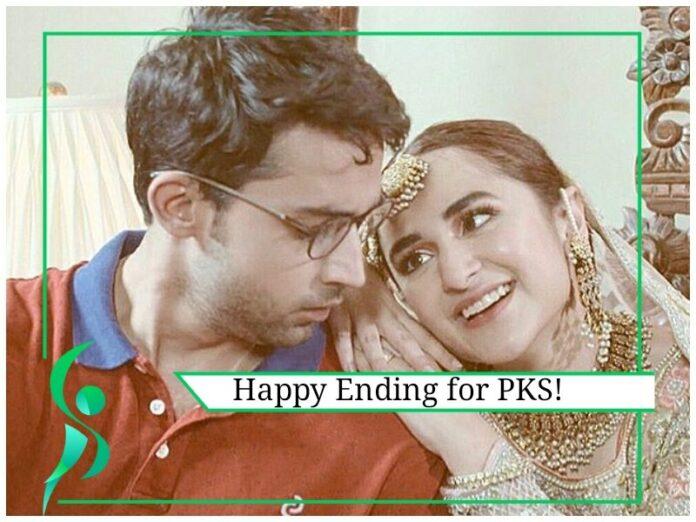 Television most loved drama serial Pyar k Sadkey(PKS) ended and PKS fans are delighted to see Mahjabeen(Yumna Ziadi) and Abdullah(Bilal Abbas) together in the end. Pakistani dramas are known to produced fresh and real-life stories to which the audience can relate to. The story revolved around a mother named Mansoora(Atiqa Odho) who married a younger man call Sarwar(OmairRana) after her first husband’s demise. Her decision sure did affect her children’s the most and their personalities little did she knew Sarwar married her because of her wealth not because he loved her. There are some finest actor’s in our industry, Atiqa Odho a veteran Pakistani actress needs no validation for her brilliant performances through-out the years passed. Atiqa Odho, played the character in PKS because she was able to relate to her in real life.

Nonetheless, another Pakistani actor Bilal Abbas who played Abdullah in PKS is also very contented with his performance as PKS fans praised him for playing yet another brilliant role.

Bilal Abbas took Instagram to thank PKS fans immense love and support for Abdullah and Mahjabeen, as both made cute pair in the drama. Bilal Abbas who’s known to play challenging roles played Abdullah in PKS, a character who lost his father at a young age and was raised by a stepdad who ruined his personality and use to degrade him daily. His stepdad controlled his life and his mother let him do that as she trusted him blindly. Pakistani actors are best at displaying intense emotions on screen, all the actors and actress in drama serial PKS have done justice to their respective roles and was praised by PKS fans over the internet.