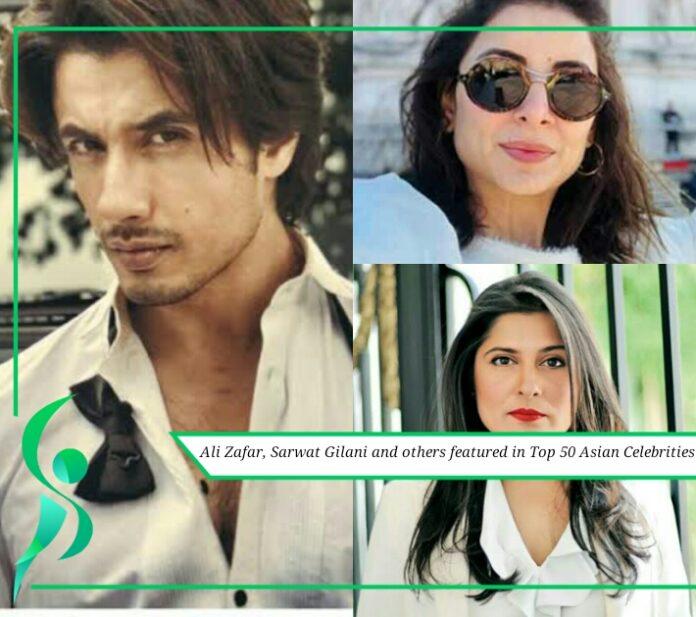 Sharmeen Obaid Chinoy is the only director present in the list that has utilized her platform according to a major UK publication.
Sharmeen made it to number 49 and her place was justified as she “used her platform to raise awareness about social issues, nurture new talent, and gain international attention for her work. A big highlight was the stunning animated short Sitara: Let Girls Dream, which premiered earlier this year.

Iman Vellani was among notable stars like Anushka Sharma and made it to number 44. “The 18-year-old made it to global headlines after being cast as Kamala Khan in the series Ms. Marvel,” mentioned the publication.
“The casting of her as a Muslim teenage superhero garnered positive response globally.

Ali Zafar made it to number 39 and was listed for ‘saving’ the PSL this year by “giving them a better anthem than they had.”
According to the publication, he also “promoted new talent with his record label. His actions inspired others and consolidated his star credentials.”

On number 21, Sarwat Gillani spearheaded the cast of the serial, Churails, “which exploded onto the scene and destroyed all existing rulebooks,” claimed the outlet. “With the electrifying drama, she opened the door for a new era of TV content in Pakistan box and consolidated her position as a feminist icon,” it concluded.