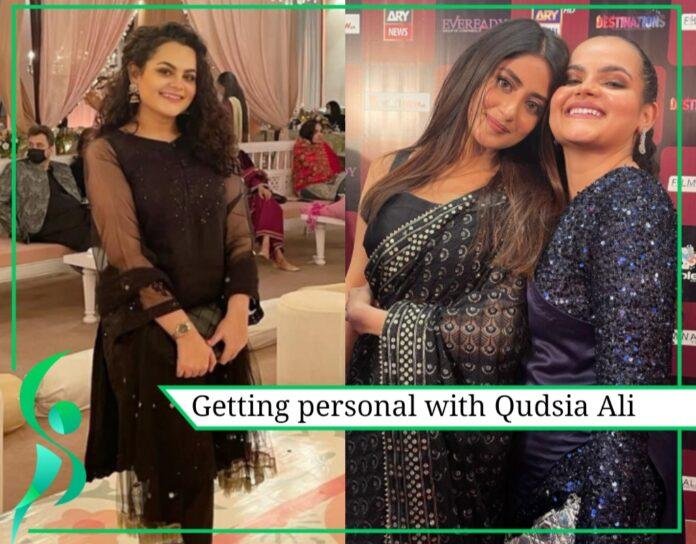 There are many new actors in the showbiz industry who rule people’s hearts with their best performances, one of them is Qudsia Ali.

In conversation with us, we asked Qudsia ali to tell about Herself & Her Journey.

It was all started as a junior artist. I worked in different dramas and in supporting scenes and always hoped that I could do better than this.”

How old are you?

I am 22 years old and started working in this industry when I was 18.

How do you deal with criticism?

I take it as a positive thing a lot of people said she is so chubby she is from someone else reference she looks like an aunty but I like it because it makes you more strong.

Tell us about your projects?

What type of character you wish to play on television ?

A different character, which has more margin to show your acting skills or we can say a difficult one because I like challenging work.

Do you talk to normal people like who are not famous?

Yes I do talk to normal people because we as an actor also are normal people and our fans are our resilience they’re like our social media family.

You have very swag wali personality, You should do a gangster lady roles?