Home Drama Imran Abbas And Urwa Hocane To Be Seen Together In Upcoming Drama... 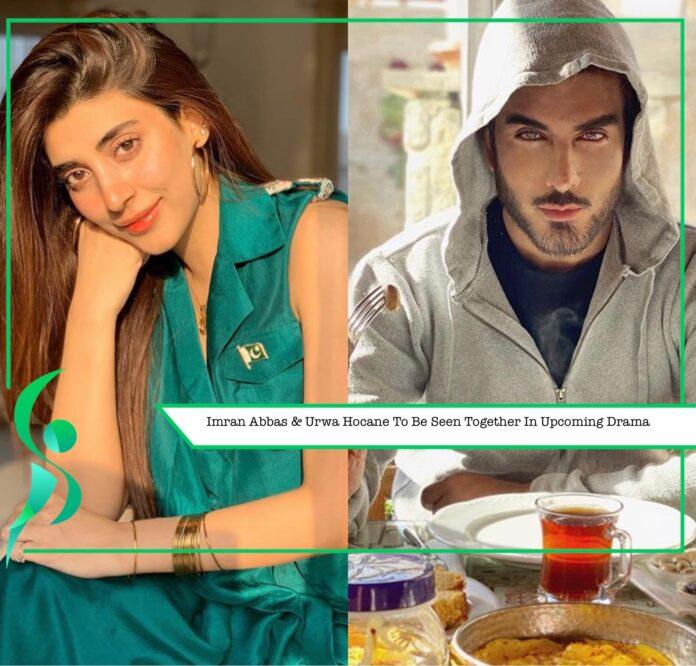 It legit feels like we wake up with the news of another exciting upcoming drama with the exciting pair. This time Imran Abbas and Urwa Hocane are the ones who are cast for their upcoming drama named “Amaanat.” Well, this one is adding to the list of so many upcoming dramas and it would be an understatement if we don’t say that we are excited to see this pairing.

Urwa Hocane is currently being seen on the famous drama “Mushk” opposite to Imran Ashraf. And nevertheless, people are loving their chemistry. Urwa Hocane has been more focused on the production department for 2 years and it feels now she is back with a bang. And her fans are captivated to see her on the television.

Talking about Imran Abbas he is quite active in the dramas and has done some amazing scripts in the past days. Apart from that Imran Abbas has been quite outspoken about his point of view on several topics or we much say controversial topics. Also, we rarely get to see Imran Abbas apart from some specific actress and Ayeza Khan comes in the number one list.

All About Imran Abbas And Urwa Hocane’s Upcoming Drama:

This pairing is a fresh one and they both have never been seen together in any project. This drama serial “Amaanat” in which Imran Abbas and Urwa Hocane will be seen together is written by Ruksana Nigaar and the shooting of this drama has not started yet but will initiate very soon. Rumors have that the drama will be aired in 2021. And with that 2021 sounds really exciting right? As so many upcoming and exciting pairing are cast together to bang on.

This drama serial is directed by the director who is know best for what he does “Shahid Shafaat” and produce by “Sana Shahnawaz.” Well, the producer herself revealed some insights about the drama and trust us guys it will make you more excited about this one. She said:

“Amanat is a romantic family drama. It is a very beautiful and interesting story with its own twists and turns. It is not just a love story as it has many other significant elements to it as well. It is not an unusual story but it is definitely something hatke”.

This “hatke” element statement is making us wait for this as we as an audience really want to see some different yet amazing romantic love story without any depressing twist. Also one of the many reasons to wait for this one is the cast seems really fun and heavy which includes; Saboor Aly, Haroon Shahid, Asad Siddique, Gohar Rasheed, and many more.

Are you excited to see Imran Abbas and Urwa Hocane together and their romantic chemistry on-screen? Also, apart from these main who you enjoys the most on the screen? Do let us know in the comment section.