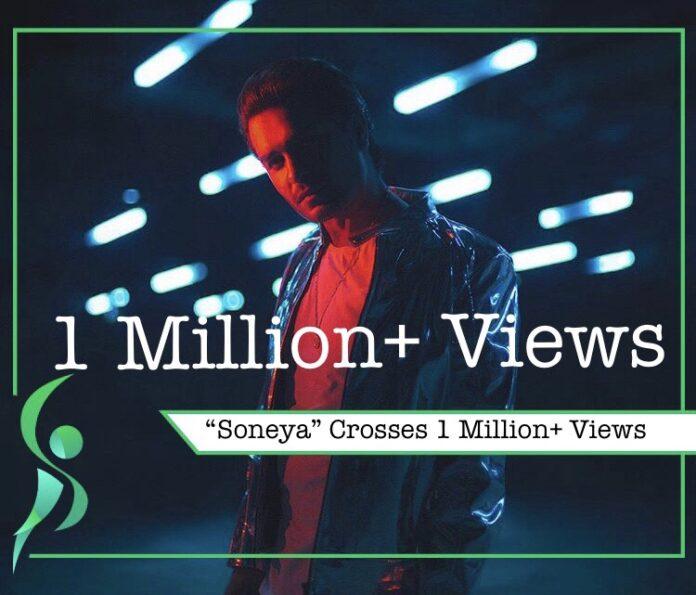 Asim Azhar is a well-known singer of Pakistan who is giving back to back hits continuously. His latest song, “Soneya” is on everyone’s lips and there is no one out there who didn’t like the song. Before this song “Suneya”, Asim Azhar just released a song two weeks ago “Tum Tum: which also received a lot of fame more in a controversial way but it did go well and still going great. And now he’s back with another hit “Suneya” which is composed by Asim Azhar himself and written by Kunal Verma. Not just it but everyone’s loving the beat of the song so much and we couldn’t agree with them more.

Jut after getting released “Suneya” has hit 1 million plus views in just two days and is trending on 4th number on Pakistan’s YouTube music chart. Till now the songs has overall 1.8 million views which is a big deal to hit in just 2 days. And this is not it Asim Azhar’s song “Tum Tum’s” period is still not over as it is still trending on 2nd number on Pakistan’s YouTube music chart which is GREAT! Don’t know about others but it seems like 2020 is a great year for Asim Azhar so far.

The singer himself is overwhelmed by the great response of the viewers on his latest song “Soneya” that he couldn’t resist himself from making stories on Instagram and tweeting on twitter as a sweet gesture of saying thanks with the lyrics of the song “Sohneya.”

Not just us but the actors and actresses of the industry are also loving this songs and Asim Azhar’s latest song is being appreciated by everyone. We wish him more of a luck and hope for more great work from his sides. Have you guys listened to the song already? Comment down below your favorite line from the song.