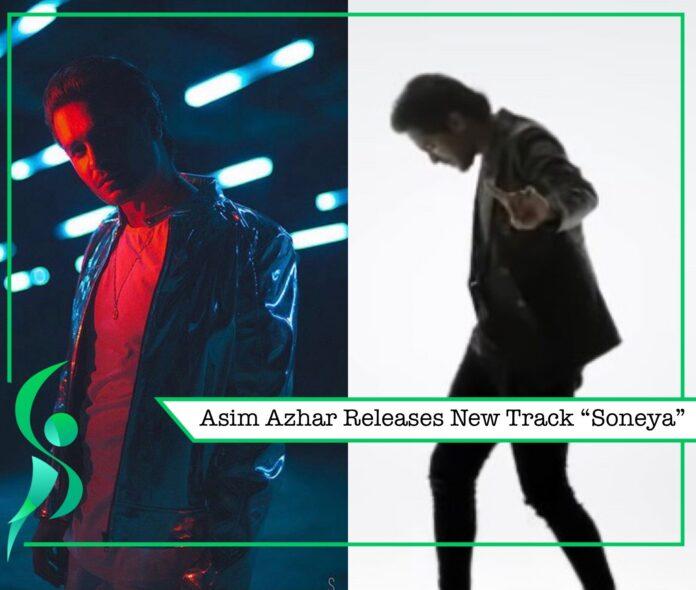 Asim Azhar is the rock star of our industry and he is truly rocking it. He just released another song on YouTube called “Soneya” just in a span of 3 weeks and it proves that this pandemic is bringing out the best from Asim Azhar. If we talk about his last released “Tum Tum” then it literally has been a super hit and was on everyone’s lip. It was a star-studded song and what makes it stand more out was Asim Azhar gave a platform to the famous tik-toker Areeka Haq.

“Soneya” is just released and people are loving it already. And till now it already has hit 215,000 and it crossed 100,000 within one hour. Which is simply great! This song is written by Kunaal Verma and composed by nonother than Asim Azhar and this song is everything to lighten up your mood. It’s tone, composition, verses, and melody everything is just on point and worth the appreciation. We feel like it’s going to be the next big hit of the singer.

Asim Azhar has expressed on social media that this song is closest to his heart and he would be really happy if we enjoy it. the videographer chose to keep the theme of the song “dark” with the tone of neon lights.

If you haven’t watched the song till now then here’s the song. And we are sure you guys are going to love it as well.

His last song “Tum Tum” was a little controversial the ratio of hate and love was quite equal but for this one we truly hope that his fans love and appreciates it. Have you guys watched the song and if you do then did you like it? Do tell us your point of view on this song!