Home Celebrities Ayeza Khan will share a “breaking news” with her fans. 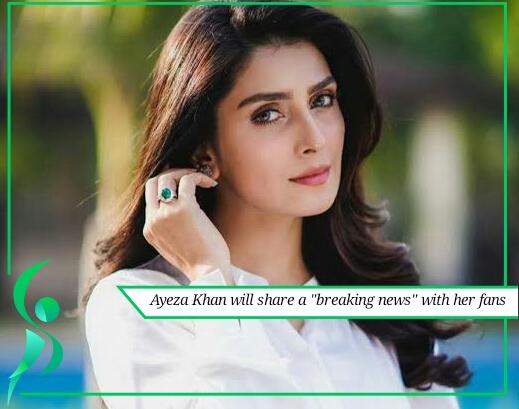 Ayeza Khan is one of the most revered and followed actress and social media personalities of the country.

The actress has appeared in prominent dramas over the years that have garnered her fame and critical acclaim from all corners of the entertainment industry.

With leading roles in dramas like including Zard Mausam (2012), Adhoori Aurat (2013), Mere Meherbaan (2014), Do Qadam Door Thay (2014), Pyarey Afzal (2014), Ayeza Khan is best known for her super hit drama serial “Mere Paas Tum Ho” which catapulted her to unprecedented fame and acclaim not only in the country but from neighboring countries also.

The actress has caught the attention of her fans when she teased them about sharing a ‘breaking news’ today.

Ayeza Khan and her “breaking news”.

The post had the caption “8:00 pm tonight and an emoji with a finger covering closed lips.

All this activity has fueled speculation about a new project or some collaboration with some brands.

While her fans are eagerly awaiting this “breaking news” all eyes are set on 8 PM today when this news would be revealed.