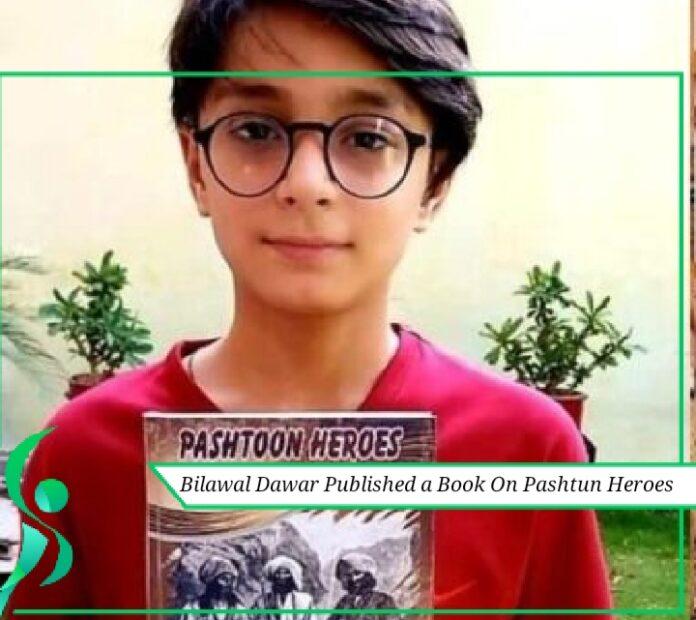 Bilawal Dawar was born in 2008 in the Miranshah area of North Waziristan and moved to Peshawar due to the law and order situation. Bilawal Dawar’s father works at a flour mill in Punjab. Bilawal is currently studying on a scholarship at Army Public School Kohat and is a seventh grader.

“As Pashtuns, we have been misrepresented that we are terrorists or ignorant,” he told the media in his interview.

He said that our elders have written many books on this subject but I also tried to do something and do some research in this regard because when I was in the third grade I read a book called The Pathan and I have been reading other books as well.

“It’s been more than three years since I’ve been researching the book with the help of my teachers, and I’ve finally completed the book,” he said. I have mentioned many Pashtun heroes in this book, including Ahmad Shah Abdali, Sher Shah Suri, Ibrahim Lodhi, Nazo Tokhi, Noor Muhammad Turki, Mirwais Hotak, Jamaluddin Afghani and Mahmood of Ghauri.

He added that these are the historical people who have waged war and non-violence movements against the British and other imperialists, due to which the region was liberated from British slavery.

“I have researched a Pashtun female hero, Nazu Tokhi, the mother of Afghan King Mirwais Hotak,” he added. As well as being a Pashtun poet and writer, she was at the forefront of her tribe and united her tribes in the struggle against imperialism.

He added that she acted as a mediator in the conflict between the two Pashtun tribes, the Ghilzai and the Saduzai, and united them against the Safavid Empire of Iran, known as the mother of Afghans in Pashtun history. Is. At the same time, he excelled in poetry and conveyed a positive and loving message to the people through his poetry.

He further said that I have also written in the book about the great empire and government of Ahmad Shah Abdali as he struggled and fought against imperialism.

Bilawal Dawar added, “I have written a lot about the great rule of the great communist leader of Afghanistan and King Noor Mohammad Turki and the welfare of the people at that time because he was not only a king and a welfare worker but also with him.” He was also a novelist and writer and people still use words of praise for the fictions he wrote.