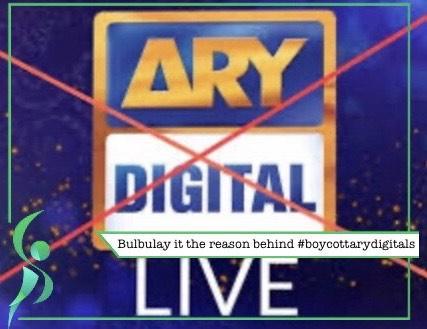 There is a very thin line between being humorous and insulting others and we Pakistanis really do cross that line just for the sake of comedy. Bulbulay is Pakistan’s one of the most famous and watched comedy-drama which is being aired on ARY digitals for some years and viewers are still as mad for it as they used to be in the earlier times. But now it seems like “Bulbulay” has hurt so many Pakhtoons out there.

The great sense of humor is that which doesn’t target others insecurity and their sensitive points. And if it does then it’s not comedy it is clearly means letting the other down. Conversely, if you are shaming the other person to make yourself look funny then you are literally just as stupid as it sounds.

Recently, the “team Khyber Pakhtoonkhwa” posted a clip on twitter from one of the episodes of “Bulbulay” where the lead actor Nabeel was referring the Pakhtoons as terrorists by saying the Pakhtoon will bring the bomb with himself. And it was just a comedy scenes but still if it’s hurting any tribe than they should be apologizing and that’s what the “team Khyber Pakhtoonkhwa” is asking for.

And after that you guys know every news spread like a fire on social media and that’s what hapened over here. All the people against this clip came together and used the hastag called #boycottarydigitals because time like these where racism is not accepted in any part of the world Pakistani couldn’t bare it over here as well.

Here are some of the tweets where people are using #boycottarydigitals:

Some of them reminded what Khans has done for this country:

Some of them bought whole list of the Pathans:

Some just couldn’t handle these words for Pakhtoons:

Some got really angry:

Some said Pakhtoons are the pride of Pakistan:

Nabeel From Bulbulay Reacts To This Hashtag:

But the good part about this all trend is that the actor took the social media platform and apologizes for his mistake as he or his team never mean to hurt anyone there one goal is to make people happy from their content.

What are your comments over all this controversy? Do tell us below!